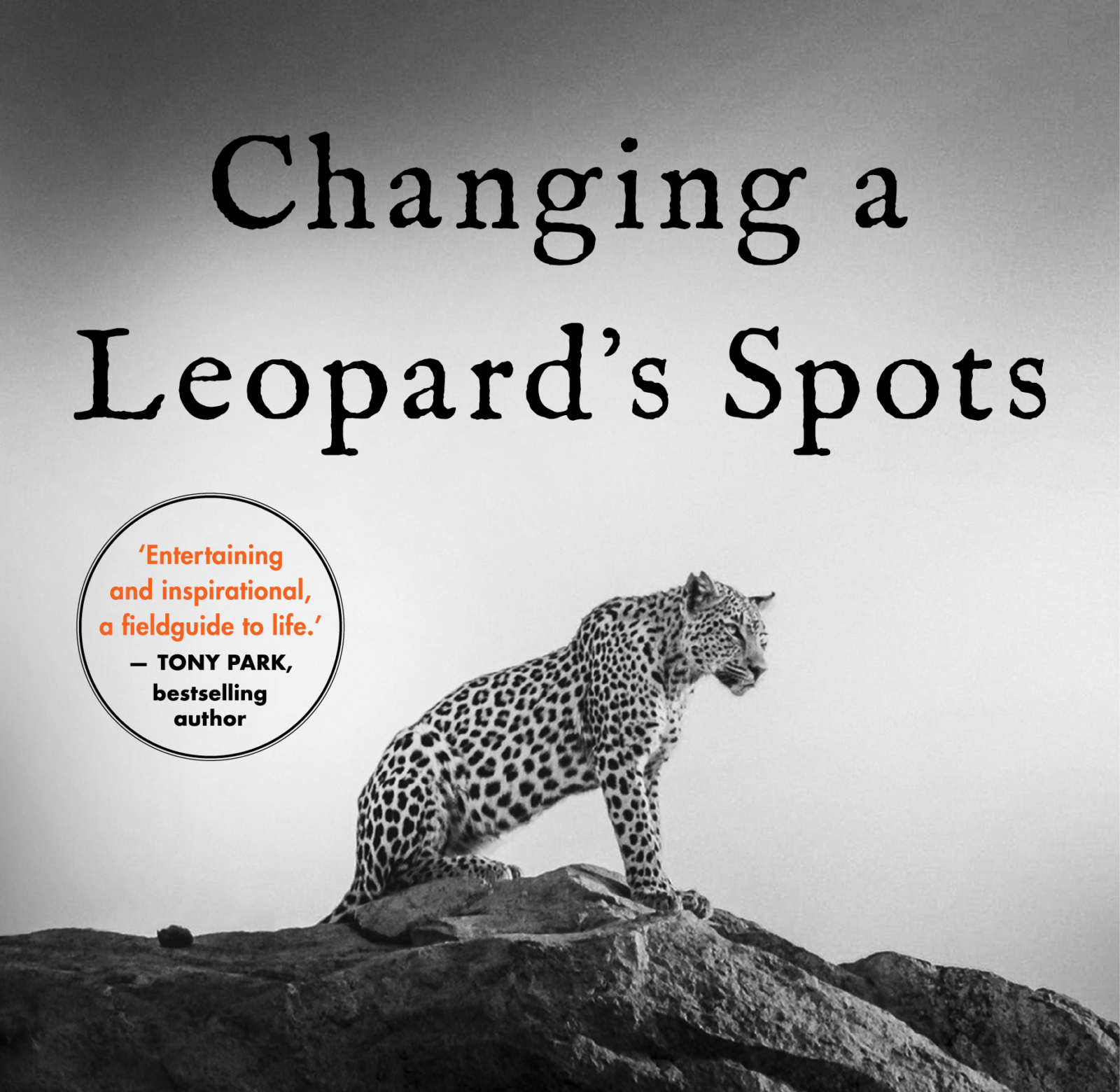 Many years ago in a pub in Richmond, around Melville, an interesting conversation took place between a total stranger and I.  Although the details of the conversation’s topic have escaped me now, that experience is still with me even though it happened many years ago.

There are a number of reasons why I still remember this chance encounter, paramount of which is the fact that this pub conversation took place in xiTsonga, a minority language in South Africa, of which I a part of. It was also memorable because the stranger I spoke to is a white man speaking in perfect xiTsonga. His grasp of the language was flawless and even the accent was so perfect that If I was not looking at him face to face, I could have concluded that he was an indigenous Tsonga language speaker. It quite intrigued me.

I was reminded of this experience after reading Changing a Leopard’s Spots: The Adventure of Two Wildlife Trackers co-written by legendary wildlife trackers Alex van Den Heaver with Renias Mhlongo. Published by Pan Macmillan South Africa, this book is about how an unusual friendship was built between two unlikely fellows, Alex, a young man who had unbridled ambitions of making it as a wildlife guide, and Renias, much older than Alex, and was already an established tracker in the Londolozi Game Reserve near Kruger National Park in Mpumalanga and Limpopo. Both men came from different cultural and economic backgrounds, born in privilege on a family farm around wealthy Plettenberg Bay, in Western Cape, while Renias was born in abject and excruciating poverty in an area that is now part of Kruger national Park in Limpopo. The family has since been moved and resettled in Dixie Village in Limpopo.

When Alex joined Londolozi as a trainee guide and later as a tracker and environmental manager as well, Renias was already a well-respected tracker with only a few in the field matching his animal tracking skills, an ancient art form that he learned from his father.  As fate would have it, Renias mentored Alex as a tracker, but first he out of necessity had to do something that had eluded many a white person for hundreds of years since colonialism –that is learning the language of their black friends.

Not only did Alex learn the language, but he also through his connection to Renias learned xiTsonga culture and its sometimes complicated nuances, in many ways got to be regarded as an honorary Mutsonga. Now that is something that is not easily conferred an outsider in that culture, not even among fellow blacks from different language groups, if you asked me. In fact Alex later became part of Renias’ family, and in Dixie, Renias’ village, Alex became popular and was known by his nickname Mojombane by the local communities.

It is this friendship and their adventure as trackers that forms the essence of this book. It is a book that is more than about tales of two trackers who became friends. It is also a book about how learning each other’s cultures, particularly language can solve some of the teething conflict that from time to time erupts in South Africa, between different races, especially between white and black people. Yes, in the book, one will get to know the technical aspects of wild life tracking, its beauty, its danger as well as the immense art involved in this ancient hunting practice that has long taken roots particularly among rural communities that are surrounded by wild life, particularly game. These communities, particularly the vaTsonga people in Mpumalanga and Limpopo had long perfected the art of hunting as they had to hunt wild animals for food for centuries, way before the Kruger National Park was established. In fact the establishment of the Park   meant that their food security was somehow threatened as they were moved and resettled elsewhere from the area designated as reserved for the Park that was established in 1898 by Paul Kruger. Renias’s family were also affected, moved from the animal abundant areas to barren Dixie Village.

But then Londolozi had the wisdom to utilise the tracking skills of people like Renias for wildlife conservation and for ecotourism purposes, a win-win situation for both parties.

Renias and Alex’s friendship that has since evolved into a full-blown lucrative business partnership could teach this sometimes divided country two one or two things about how cultural diversity could easily be turned into something positive, like in their case.

Today Alex and Renias are not only partners as motivational speakers who advise companies struggling with diversity issues, they were also instrumental in the founding of the Tracker Academy by Gaynor Rupert, the daughter-in-law of well-known South African entrepreneur the late Dr. Anton Ruppert.

Renias and Alex are very much at the centre of this excellent tracking academy, which gives scholarships to many a disadvantaged youth wishing to get into the wildlife conservation and ecotourism sector as accredited trackers. Alex is a director of the Tracking Academy, while Renias plays various roles as instructor, assessor and trainer among others. The two also globe trot together on tracking commissions in different parts of the world including in the US, Amazon, Rwanda and Australia among other parts of the world. In fact they seem to be living their dreams.

This book is clearly more than about tales of two adventurous trackers having fun in the bush with wildlife, and Sello Hatang, the chief executive officer of the nelson Mandela Foundation is right when he writes on its cover: “Compelling and unputdownable. This book goes beyond wildlife to life, love, trust and community.” I could not agree more with Hatang’s opinion of the book.