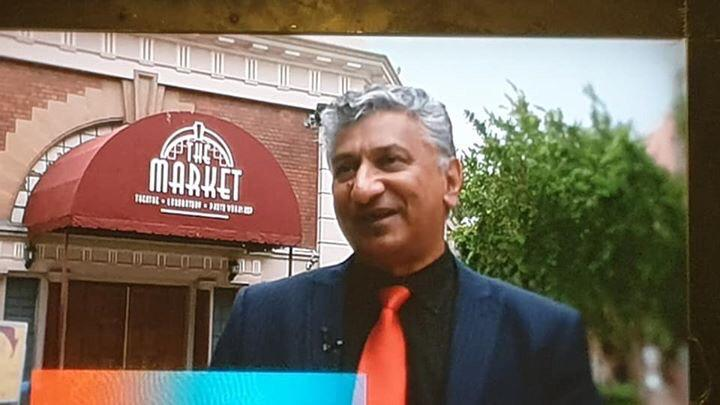 The arts community this week on Wednesday woke up to the shock of the resignation of the Market Theatre Foundation’s Chief executive officer Ismail Mahomed. The reasons for his resignation are not known, but the Market Theatre Founadtion’s (MTF) chairman Gerald Themba Dumas, sings praises of the theatre executive for a number of achievements while he was at the helm of this iconic cultural institution started by Barney Simon and Mannie Manim 43 years ago. The theatre is well known and respected for its anti-apartheid protest theatre during the struggle, and today has the distinction of having won the most theatre accolades in the history of theatre in South Africa. The theatre boast more than 300 global awards.

Mahomed was appointed its chief executive officer in 2016 for a five year term, and this means he still had another year to complete his term. Mahomed had previously worked for eight years as the artistic director of the National Arts Festival. in Grahamstown. He has more than 35 years in the arts sector, assuming various roles, mainly working as a playwright and administrator, and has won several awards, including a honoray doctorate awarded last year by Tshwane University of Technology. Mahomed’s last working day will be on June 30. His plans for the future are not yet known.

His shock resignation comes only a month after Dumas released a statement in March this year clearing Mahomed, Christine MacDonald Chief Financial officer, Zama Buthelezi Communications and brand manager, Lusanda Zokufa, senior publicist and Perpetua Mathsa human resource manager, of all allegations of impropriety emanating from last year when the councilo instituted disciplinary proceedings against the them claiming a number of improprieties. At the time the Chairman of the Market Theatre Foundation Council Kwanele Gumbi was relieved of his duties by Minister of Sports, Arts and Culture Nathi Mthehwa, and his then deputy Dumas installed in his position.

“The Council regrets the impact these allegations and the processes that followed had on Ismail Mahomed (CEO), Christine McDonald (CFO), Perpetua Mathsa (HR Manager), Zama Buthelezi (Brand and Marketing Manager) and Lusanda Zokufa (Senior Publicist) in both their professional and personal lives and on their families. The Council has also withdrawn a written warning issued to the HR Manager, Perpetua Mathsa, following a review of the hearing outcome,” said Dumas in the March statement.

“The Market Theatre Foundation excelled both locally and internationally during Ismail Mahomed’s tenure and this is evident by the many awards and accolades won by the MTF. The partnerships fostered by him and his team go a long way in maintaining the MTF’s position as a leading international arts institution”, said Dumas in a stament released on Wednesday.

Mahomed has overseen the operations and provided leadership for the Market Theatre Foundation’s four business units Market Theatre, Market Theatre Laboratory, Market Photo Workshop and the Windybrow Arts Centre and developed a unified administrative system across all the divisions which included a revision of several policies and the development of standard operating procedures.

In its stamen this week the theatre named the following as some of Mahomed’s achievements:

.He drove the activation of the Windybrow Arts Centre as a multi-cultural business unit of the Market Theatre Foundation and in partnership with the Coloured Cube and Sticky Situations established the two Pan-African Reading Rooms at the Centre. He directed the restructuring and re-envisioning of the Market Theatre Laboratory and under the leadership of Clara Vaughan championed the Market Theatre Laboratory into becoming an income generating business unit which has diversified and grown its programming and footprint extensively without losing any of its core commitment to provide quality and accessible education for historically marginalized students.

.He re-activated the Kippies venue which had remained dormant for over ten years and which now serves as an alternative space directed by Jefferson Tshabalala for independent artists. He supported the establishment of the Kwasha Theatre Company for new young graduates which since its establishment in 2018 has been able to secure international funding, win awards and secure invitations to international tours. He introduced an internship programme at the Market Theatre Foundation for new graduates.

.Mahomed has strengthened partnerships through various international diplomatic missions which have resulted in international collaborations with artists from the African continent Europe, Asia and North &amp; South Americas. This also led to several fully funded international exchanges programmes for various personnel; and which included MTF personnel participating in cultural exchange programmes in South Korea, Columbia, United Arab Emirates, Netherlands, France, UK and the USA. There are several other projects which mark his tenure as the head of the Market Theatre Foundation, and which includes hosting the International Atelier for Festival Managers for the first time on the African continent.

“With the support of the Council, colleagues and stakeholders who remained focused to our

milestones at the Market Theatre Foundation. I want to thank the many partners and

on the legacy of the founding fathers of the Market Theatre Foundation”, said Mahomed this week.