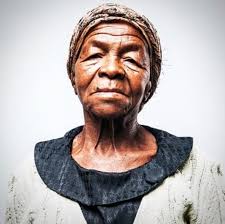 In Mary Twala who passed on at Parklane Hospital in Johannesburg on Saturday, June 4, South Africa has lost an arts veteran who has demonstrated that good talent can sustain an artist irrespective of your age. She was 80 years old, and for years until late in her life, she was still active as an actress, taking a good account of herself in several TV roles alongside young artists who could be her grand children

The news of her death  at the private hospital was broken by her equally famous artist son Somizi Mhlongo on social media over the weekend and the news of her death is currently trending. Mary was married to the late legendary South African actor Ndaba Mhlongo.

Today’s my late father’s birthday…..and my mom decided to respond to his call to join him in heaven…..THE TREE HAS FALLEN…
I’m shattered to the core…..but I’d be very selfish if I don’t release her….my mom lived to the fullest….achieved beyond her dreams….It hurts like hell…..I won’t lie….a day without her calling to either say I love u or give me money…….thank u South Africa for loving the phenomenal super star that is my mother…….She left us peacefully around 11am at Parklane pvt hospital as I was on my way to drop off her gown and a few minutes earlier the dr called to say come she is up and jolly now…..I arrived a few minutes late……LALA MA,” wrote Somizi in his instagram account.

In 2011, Twala was nominated for an Africa Movie Academy Award for Best Actress in a Supporting Role. She received the National Order Award from President Cyril Ramaphosa in 2019.

The late actress is known for appearing in several local productions including Generations, Sarafina, Yizo-Yizo, Muvhango, among several TV roles in which she had always excelled.

May her soul rest in peace.