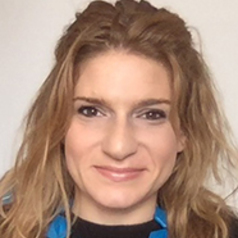 Anyone who steps into the public sphere in Ethiopia is also a potential political leader. In this atmosphere, an outspoken musician runs a high risk of falling foul of the authorities.

One such story unfolded last week – the inexplicable, and still unresolved, murder in Addis Ababa of Hachalu Hundessa, the 34-year-old singer from the southern region of Oromia. The Oromo make up Ethiopia’s largest ethnic group and are frequently referred to as a ‘marginalised majority’ that has been locked out of power until the last election.

The country is still stunned. Addis Ababa has erupted in protests that have left scores dead and dozens arrested. With the arrests of Oromo leaders, protests have spread as far as Minneapolis and London, cities with Oromo diasporas.

Politically motivated killings are certainly nothing new for Ethiopia, but this particular murder has touched the biggest nerve in decades, in part because Hachalu Hundessa was perceived to be a man of the people.

The murder is consistent with an ongoing story of musicians as political dissidents in a tinderbox regime. As perhaps the most beloved Oromo musician, he was a pre-eminent cultural figure for a third of the population – some 35 million people. His murder illustrates the total enmeshing of cultural, political and economic challenges in a country experiencing seismic changes.

Hachalu Hundessa always considered himself to be at risk, and people loved him because he didn’t let that risk keep him quiet.

Undeclared spokesman for the Oromo

The singer’s fan base numbered many millions in Ethiopia. The message boards on social media seem to think that the death of this charismatic talent is part of a proxy battle between the two most prominent Oromo leaders, current Prime Minister Abiy Ahmed and Oromo activist-media magnate Jawar Mohammed. Jawar Mohammed is the former head of the Oromia Media Network and the most prominent activist in the Oromo separatist movement.

It seems that the three Oromo men – and music, media and politics – are locked together in this tragedy.

The singer had spent five years in prison as a young student protester, and used his substantial charisma and personal magnetism to speak up for Oromo rights once he became famous. His most celebrated concert in 2017 raised awareness of ethnic violence and displacement. The event led him to becoming an undeclared spokesman for the Oromo cause.

But Ethiopia has nine main regions and the Oromo speak their own language, so even a non-Ethiopian person who considers themselves well-versed in Ethiopian music might be excused for not knowing his repertoire that well.

Oromo music is less exportable than classic Ethio-jazz or contemporary reggae because the Oromo population around the world is not huge. His best-known song, Maalan Jira (What Existence is Mine) from 2015, is still marked on YouTube as “new”.

By Ethiopian standards, the song is familiar and timeless, focusing on Oromo issues but appealing to all Ethiopians through its use of a musical style that shares many characteristics with the music of the northern and western regions. Maalan Jira cycles through a 6/8 metre (that is, a fast pulse of six notes in a cycle) with an autotuned vocal track and the faint sound of a massenqo (the one-stringed spike fiddle) in the background. In the video men and women dance against a pastoral backdrop, with cattle – a mainstay of the Oromo way of life – playing heavily into what otherwise looks like a video about courtship and unrequited love.

The most famous song of Hachalu Hundessa’s young career.

One reason Ethiopians love Hachalu Hundessa’s music is the clear use of the literary device of “wax and gold” in his lyrics. The term comes from Amharic, the official language of Ethiopia, referring to a poetic and literary sensibility that presents deep truths within superficial trappings. It must surely be at play here, with a deeper meaning about sovereignty and independence.

This is how music contributes to the political discourse in Ethiopia, a country where musicians often find themselves in grave danger if they don’t toe the government’s line. Ethiopia’s biggest pop star, Teddy Afro, was imprisoned in 2008 on manslaughter charges for an alleged hit-and-run, but he was released when the charge couldn’t be sustained. For decades, and especially during the military dictatorship of 1974-1991, musicians went underground or emigrated before they could be the next target.

A man brimming with empathy

Maalan Jira asks the Oromo people to consider loss and land and their role in Ethiopian history, giving a condensed retelling of the Oromo struggle. The song shows us what Hachalu Hundessa was so popular for – songs that inspired millions of Oromo to feel confident about their under-represented place in Ethiopian society. But it doesn’t tell us why he meant so much to people.

To learn this, one might consider his substantial personal magnetism, which comes through even to those who haven’t listened to Ethiopian music before. Across the range of Ethiopian media that outsiders don’t know about – try Ethio-tube or Oromp3 – we see a self-confident figure brimming with empathy whom the people love.

Try this performance in Addis Ababa or this visit to a community center in Canada. Most of these clips have half a million views on YouTube, and many of the people leaving comments make reference to their hearts being broken.

.This article was first published on The Conversation.

.Ilana Webster-Kogen is the Joe Loss Senior Lecturer in Jewish Music at SOAS, University of London. Her first book, Citizen Azmari: Making Ethiopian Music in Tel Aviv, was published in 2018 with Wesleyan University Press in the Music/Culture series. The book won the Society for Ethnomusicology’s Jewish Music section publication prize in 2019. Her work on the music of the Ethiopian diaspora has been published in academic journals such as Ethnomusicology Forum, Africa and Black Diaspora, and the Journal of African Cultural Studies. At SOAS, Ilana teaches classes on Jewish and Middle Eastern music, hip hop, and critical/cultural theory.