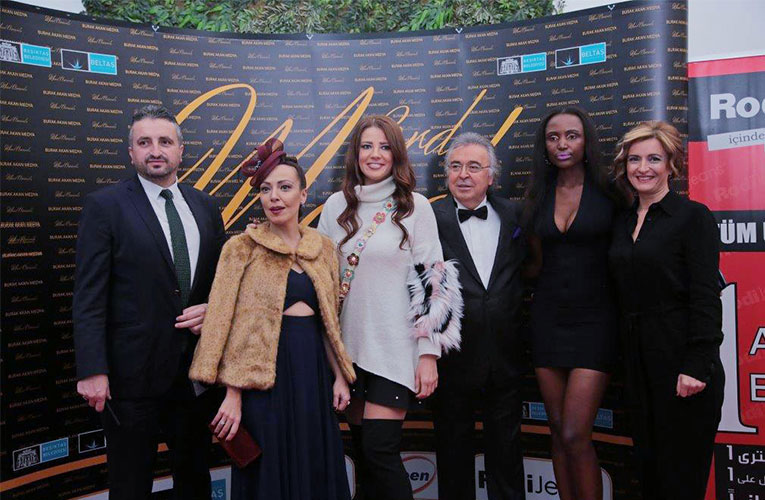 After conquering the fashion world for 15 years, the Limpopo born model continues to climb further heights. This time, she plays the role of a behind the scenes person running a string of international businesses, spanning modeling, property investment and TV business, among others.

Speaking to CityLife Arts from Europe where she is based this week, Mathusa who behind her name has a solid modeling career spanning 15 years, says she has represented South Africa well on international stages as a sought-after model, traveling to over 40 countries.

However in a surprise move, the elegantly dark-skinned model with a soaring height of up to two metres, is calling it quits as a model in favour of playing a behind the scenes role as a business woman with an impressive footprint in several businesses.

“I have been in the fashion industry for 15years. It is time to call it quits and focus on other things,” she said from the others side of the oceans.  Born in a Limpopo village surrounded by poverty and lack of opportunities, the life she currently lives in European capitals as a model, influencer, Billionaire Super Model franchise owner, VIP Queens Lingerie owner and property investor, could not have been more different from that of her youth in a village.

Clearly Mathusa has not only showcased her beauty, but intelligence and business acumen around the world, flying the South African flag high, and representing the country as a leading role model and international ambassador.

To date she has traveled to 41 countries and modeled in some of the biggest fashion shows around the world. Her model physique and intellect, has won her applauds and international modeling contracts over the years.

“Modelling changed my life completely and it’s from that I would love to see another beautiful young lady’s life change for the better. I feel we should support each and every girl for being brave and confident to take up this Journey. My foundation as an international model started 11 years ago. I have represented South Africa in 41 countries and modeled for the biggest shows worldwide. I can only be grateful to people that have supported me as Tinyiko and those that support this Industry,” she says.

Mathusa has big dreams and she sees herself as part of people who can change the world and make it better, and not only for herself, but others too.

“Change does not start from just talking but being a part of the change we want to see. I promise to stand for the change people want to see in the fashion industry in South Africa . South Africa has so much potential to produce a Naomi (Campbell) the Second. Pageants or modeling in general should never be seen as high profile prostitution.  It’s a career choice, just like any other.  The only difference is that not everyone can do it and I worked hard to get the Billionaire franchise back because I saw the potential in many South African young ladies. By all standards, I am a successful model that South Africa has produced in a long time,” she says.

However the international model admits that there are obstacles that are intrinsically part of the modeling industry, and sometimes it can be a toxic environment.

“ However I suffer from the common sickness most successful models suffer from and that’s fighting hate and negative comments. I stay humble and grateful because I am me, because of many of you, and I salute those that have encouraged these young ladies and supported Billionaire Supermodel

We have started shooting a reality show. It is about the models .fashion, lifestyle. The reality show is more like America’s Next Model.

Mathusa explains how she took control of Billionaire Supermodel.

“I participated in the pageant in 2012, becoming a Billionaire ambassador, which was run by  Italian  businessman Flavio Briatore.

That was from 2012 to 2016. After saying goodbye to my reign, I decided to use the franchise to groom girls to become successful models. I’m a model facilitator and manager. The franchise is in Italy, Cyprus and Turkey . I’m based in these three countries.

Annually I live six months in Italy, three months in Turkey, and for the rest of the year I travel  to other European and Asian Countries. I rarely come home because of my business abroad,” she said.

She also has over business interests besides modeling. “I started investing in property many years, back but it was not as big as it is at the moment,” she says.

However like other businesses globally, Mathusa’s business activities have in recent months been curtailed by the rampaging coronavirus pandemic.

“The lockdown tremendously affected my business as we had to reschedule all the projects, including the reality show that was supposed to be shot from March 9 to crown the new Mr. and  Miss Fashion TV.. Everything had to be put on ice because of the pandemic.The models are different races from Europe, Asia and Africa.  Due to the coronavirus, we were not allowed to travel or be in the same room as we were bound to exceed 100.

Because of the world pandemic we had to change the shooting venues. Some of the models are also not going to participate because their countries are still on lockdown In South Africa we are also working with Papa Penny. We are trying to figure out how we will shoot in South Africa and how South Africans can travel abroad for this shooting So far we have shot 6 episodes. We are shooting in Greece, Cyprus, Turkey and Italy,” she explains.

Mathusa says for her property portfolio she is working with other partners.

“In property investment I’m working with my business partners We recently opened a spa clinic, a restaurant and a night club in Istanbul last month (July),’ she concluded.

Whichever way one looks at it, the life Mathusa is living now is a much sophisticated and fulfilling than world she lived in as she grew up- definitely a far cry from her humble beginning in a Phalaborwa village. She is now traversing Europe cutting business deals, coronavirus constrains or no coronavirus constrains. Muthusa’s life is clearly of someone living up her dreams in the capitals of the world. The model lost her father at the age of 4 and her mom at age 17, and that is when she left the backwaters of Limpopo to Johannesburg. She hustled her way to look after her siblings, working in a lowly paying job of a Morningside, Johannesburg, hotel cleaner before the modeling world discovered her. Ever since her rise to both fame and fortune has not stopped.