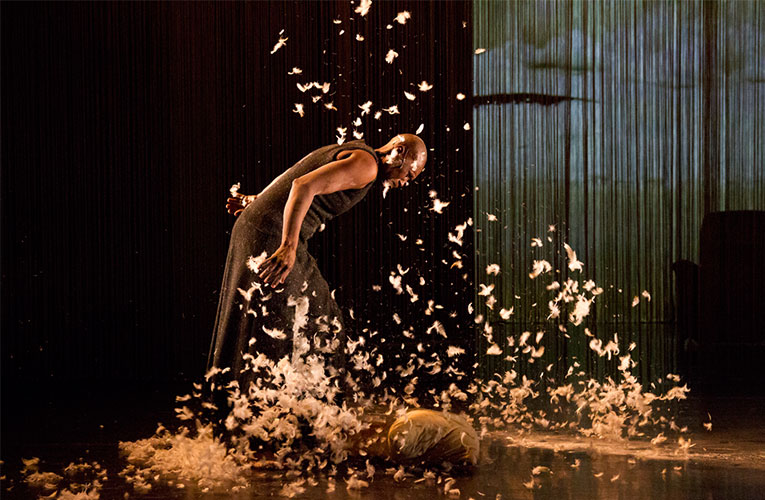 There could not have been a better way of celebrating women than featuring the work of women choreographers and dancers at the forthcoming JOMBA Festival, which kicks off on August 25. August is Women’s Month in South Africa, and this is the time not only to honour women for the role they played in the fight for freedom during the dark days of apartheid, but also to celebrate their work and achievements in a free South Africa. Brought by the Centre for Creative Arts at the University of KwaZulu-Natal, JOMBA Festival just does exactly that.

Women’s Month is in commemoration of the 1956 march of about 20,000 women to the Union Buildings in Pretoria to petition against the country’s pass laws. In this remarkable show of solidarity, women gathered together in defiance to make change.

“Sixty-four years later our annual JOMBA! Contemporary Dance Experience, taking place in August, women’s social, economic, and political struggles, challenges, hopes, and joys, are exposed and expressed through their work and bodies,” says Lliane Loots, Artistic Director of JOMBA. “Dance is a visceral art form that gives space to a body politics and what better way to image defiant and powerful women than those dancing”.

JOMBA! is especially pleased to feature some of Africa (and the world’s) most powerful female voices in dance and especially Senegal’s award-winning choreographer and dancer, Germaine Acogny, considered as the “mother of Contemporary African dance”. Her 2015 work Somewhere at the beginning will be streamed during the festival and is a remarkable solo featuring a 73-year-old Acogny dancing and narrating a journey of self-identity as black, female, and African.

Flatfoot Dance Company choreographer and dancer Jabu Siphika’s solo piece Ya kutosha, created for JOMBA, is an intimate and terrifying exploration of gender-based violence and what it means to be trapped in the home.

Twelve-year-old Lethiwe Zamantungwa Nzama teams up with her father Sifiso Kitsona Khumalo as she makes her professional debut in a piece called Walls, which is a deeply intimate exploration of a father-daughter relationship set against the separation imposed by COVID-19 and the lockdown.

Chicago, USA-based Deeply Rooted Dance Theatre, under the direction of Nicole Clarke-Springer will feature in Parallel Lives a dance narrative inspired by poor, working women who have shared life-changing events, both beautiful and tragic. Danced with robust power, this is a must-see of this year’s festival.

From India Anita Ratnam, a highly respected as a performer, writer, speaker, arts entrepreneur, and culture mentor features in Stone … once again that reveals the facets of gender through misrepresentation and misogyny. This work was made after Donald Trump’s election as USA president.  Ratnam’s main area of focus is in the re-interpretation of traditional tropes from myth and legend using a feminist lens.

Robin Orlin , a power-house dance-maker, known for her incisive wit and ability to confront issues head-on in the dance space, presents a work created for Johannesburg-based Moving into Dance Mophatong called Beauty remained for just a moment then returned gently to her starting position …”

From New Orleans, Leslie Scott and BODYART Dance Company return to the JOMBA “stage” with several works, all of which show huge courage and bravery in pushing the boundaries of the dancer’s relationship with audiences.

Other women dance-makers on the programme include Kristi-Leigh Gresse, Leagan Peffer, Nomcebisi Moyikwa, Tegan Peacock, Zinhle Nzama presenting works on the opening night which have been commissioned by JOMBA.

.Digital JOMBA will stream online from jomba.ukzn.ac.za from 25 August to 6 September 2020.