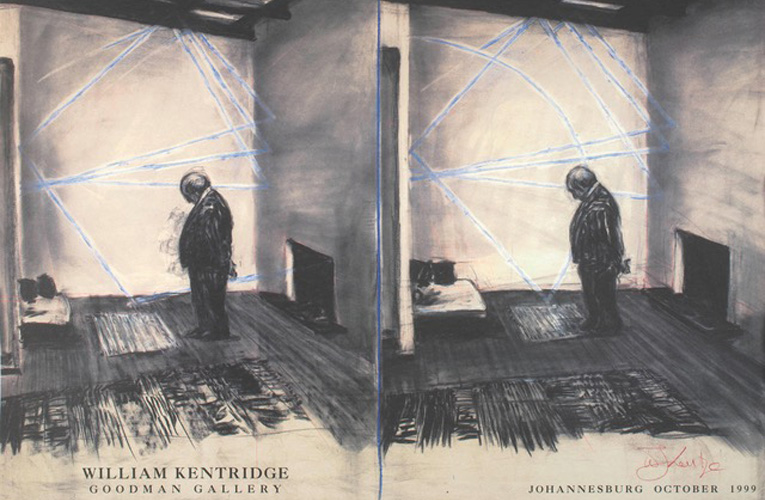 If you have been wondering where to buy art by top South African artists, you probably do not need to look further than Straus & Co.’s current online-only auction which is running until September 7. The online bidding by collectors is scheduled to kick off on August 27.

The auction coincides with a felicitous change in mood signalled by the easing of lockdown restrictions, imminent arrival of spring and launch of the 2020 edition of the RMB Turbine Art Fair.

This auction will also include a number of charity sessions, notable among them a selection of large-scale posters depicting vintage Drum magazine covers and works donated by contemporary artists in support of a popular Cape Town eatery shuttered due to lockdown restrictions. As in years past, Strauss & Co will showcase highlights from the sale at the annual RMB Turbine Art Fair (28 August – 2 September), which will be held virtually this year due to health regulations.

The extensive catalogue of works on offer in the online sale encompasses various periods and media. Works by three master printmakers – J.H. Pierneef, Walter Battiss and Peter Clarke – are among the standout lots.

J.H. Pierneef’s wood and lino prints are popular collectables. The sale includes a representative selection, among them Huis in Aand (1928; estimate R15 000 – 20 000), catalogued by Pierneef scholar Professor F.E.G. Nilant of the University of Pretoria. Walter Battiss first summarised his extensive research into South African rock art in his self-published 1938 publication, The Amazing Bushmen (estimate R18 000 – 24 000), published in three parts. Strauss & Co is offering part two (34 loose reproductions of photographs and drawings) and part three (original watercolour of a figure based on a painting at Fraaiuitzicht, Rouxville); the original 36-page soft-cover book is not included.

SOUTH AFRICAN 1955- Forswearing Bad Company … Again/Cornering the Avocado Market signed, dated ’87, numbered 6/30 in pencil and embossed with the Caversham Press chopmark in the margin; inscribed with the title in the plate . etching plate size: 30 by 25cm; 63 by 51,5 by 4,5cm including frame

Fred Page, a contemporary of Clarke, produced a number of linocuts and drawings depicting historical neighbourhoods in Cape Town and Port Elizabeth. The sale includes six examples, including The Trip (1978; estimate R18 000 – 24 000), a meticulous cityscape rendered in watercolour and ink.

William Kentridge’s prolific career is highlighted in five collectable exhibition posters dating from 1998 to 2005, including a colour-lithograph poster for his 1999 exhibition Stereoscope (estimate R10 000 – 15 0000). Also by Kentridge, the engraving Forswearing Bad Company (estimate R 30 000 – 50 000) is from his important early suite Industry and Idleness (1987) printed by Caversham Press.

Part of a new wave of printmakers, Nelson Makamo is a graduate of the Artist Proof Studios in Johannesburg. The sale includes various prints and drawings, including a 2013 charcoal and lithograph portrait study of a youth with wireframe glasses (estimate R40 000 – 60 000). A similar work graced the cover of a February 2019 edition of Time magazine. The sale also includes three drawings by Makamo.

In 2006 Makamo exhibited with Kentridge and David Koloane, an important artist and educator who along with Kagiso Patrick Mautloa cofounded the Thupelo workshop series in the late 1980s.

The offerings includes two lauded 2016 vintages: Alheit Vineyards’ Magnetic North Mountain Makstok, awarded 97 points by British Master of Wine Tim Atkin, and Carinus’ Rooidraai Chenin Blanc, described by President Cyril Ramaphosa as “One of the most important wines of the year” in 2018.

The poster prints showcase the talents of photographers like Bob Gosani and Jürgen Schadeberg. Funds raised from the sale of the posters will go towards scholarships for classical musicians from disadvantages communities.

Strauss & Co has lent assistance to an artist-initiated charity drive aimed at saving Clarke’s Bar & Dining Room, a popular Cape Town eatery frequented by young artists that has been shuttered due to lockdown restrictions. Artists Zander Blom, Mia Chaplin, Claire Johnson and Jody Paulsen are among the consignees towards this session, which aims to secure the livelihood of 52 employees and 44 suppliers.

For further details of the modern, post-war and contemporary art, decorative arts, jewellery and fine wine being offered in this online sale, consult Strauss & Co’s website, as well as visit its dedicated virtual viewing room at the RMB Turbine Art Fair. Strauss & Co chairperson Frank Kilbourn will participate in a virtual presentations at the VIP Preview of the RMB Turbine Art Fair on Thursday, 27 August. Strauss & Co’s senior art specialist Wilhelm van Rensburg will present a guided walkthrough of the online fair on Monday 31 August at 4pm.