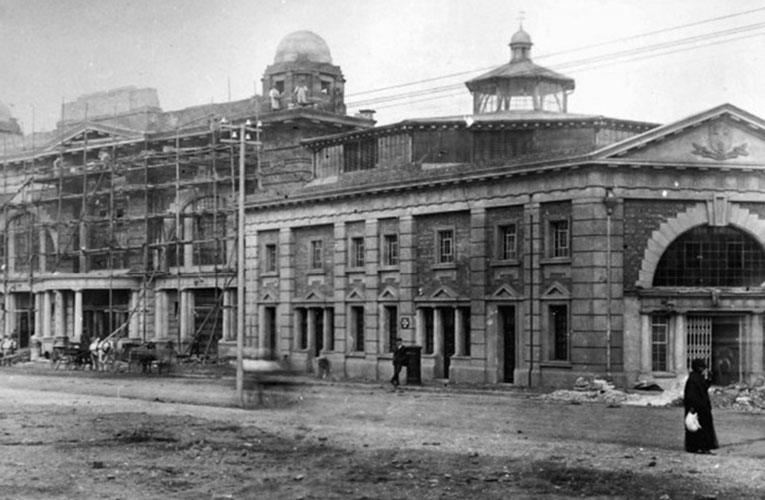 Heritage Month is normally full of activities in South Africa, with various events celebrating South Africa’s diverse heritages that represent the diversity of its various cultures.  September 24 has therefore been set aside by Government as Heritage Day, a National Holiday.   Under normal circumstances that would be a day when people in their various colourful displays of fashion, musical performances and theatrical productions, be out and about.

However this year, this important cultural month will be celebrated differently, and those with the means will be able to celebrate this month still on the Virtual World, while others will be able to do so by releasing heritage themed literatures  and even films. This is all due to the restrictions that are in place due to the danger of contracting the coronavirus that has since proved to be fatal with over 13 000 South Africans having succumbed to this menace in our midst, while others are fortunately in various stages of recovery around the country.

However, we are a nation of celebrations, and not even the virus will stop us from marking this culturally significant day in one form or another, in a responsible manner that does not expose us and those close to us to infections.  After all today  is officially Spring Day when the weather is normally perfect and injects in all of us a buoyant mood. One can still enjoy an outdoor activity, strictly sticking to the Covid 19 guidelines, such as social distancing and avoiding being in a place where there are more than 50 people and where the 1.5 metre distancing is not possible.

To mark Heritage Month, CITYLIFE/ARTS will take you down memory lane when it comes to the country’s theatrical heritage in general, and the journey of politically charged theatre of yesteryear known as Protest Theatre as staged by the Market Theatre in the past and even in a free democratic South Africa. The publication will look at some of these plays and the issues that they dealt with as staged at the Market Theatre over the years, as a way of celebrating this important institution in Newtown’s contribution to a democratic South Africa.

And here is why that kind of heritage is important

The Market Theatre compared to other theatres in the country, (and this in no way suggests that other theatres, especially independent theatres did not play a role in fighting apartheid) that staged shows during the difficult years of apartheid  has particularly distinguished itself by staging plays that bravely dealt with the human condition of the time, and therefore politics collided with art in the process.

The theatre institution has got a proud history because of its Political Economy – its role in creating works that contributed to the struggle for freedom in this country. These are the plays which in fact, introduced what became known as Protest Theatre in the South African theatre lexicon. Plays such as The Island, Woza Albert, Egoli, and others staged at the institution over the years of apartheid and even in the new South Africa, fit neatly into that narrative of Protest Theatre. These are platys that are part of the Market Theatre’s heritage of contributing to the political struggle for freedom in this country.  It is this political economy that distinguishes the institution from the rest of them. It is therefore befitting to celebrate that history of Protest Theatre  by looking back at these plays that were staged at the Market Theatre, particularly because the Market Theatre this year will be celebrating its 45th anniversary.

And therefore it is fitting that we revisit that heritage by zooming in on a selection of some of those plays in the coming weeks on this platform as part of celebrating Heritage Month.

To kick-start this series, CITYLIFE/ARTS will tomorrow (Wednesday) run an exclusive interview with James Ngcobo, the eminent theatre director who holds the influential position of artistic director at the Market Theatre Foundation, responsible for programming shows at its various venues in a post apartheid environment.

Ngcobo’s role is important at various levels at this institution because as the youngest and first black artistic director to be appointed at this institution seven years ago, he has to ensure that its current programming carries along the theatre’s proud heritage, but at the same time looking forward to the future that is possible to imagine without carrying along the burdens and the restraints that came with programming a theatre during apartheid.

The interview that will run in tomorrow’s edition of CITYLIFE/ARTS touches on Ngcobo’s evolution from the then crime-ridden township of KwaMashu in Durban where he was born 51 years ago, to become a formidable actor, writer and eventually, landing the plumb job of artistic director of an important institution such as the Market Theatre, started in 1976 by theatre visionaries, the late theatre director Barney Simon and veteran theatre administrator and producer  Mannie  Manim.