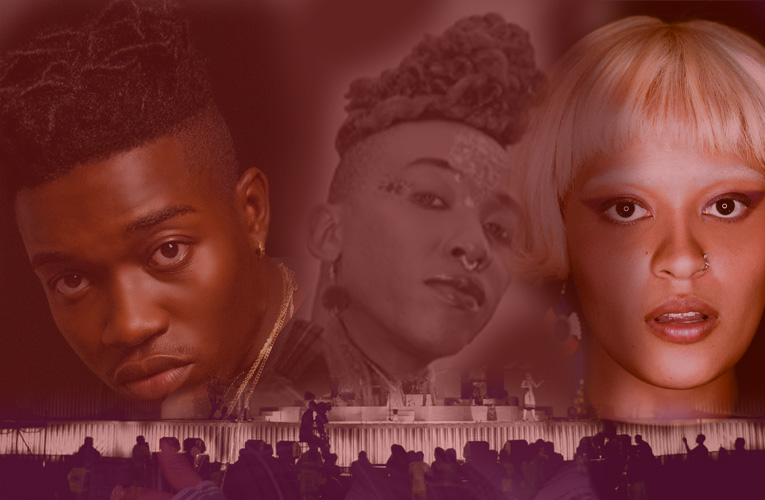 The moment that many in the entertainment industry have been waiting for weeks, has arrived, and that is to hear fresh sound from the city’s talent well. Six artists and music acts have been picked as the winners of this inaugural completion that was open to fresh unsigned talent that will perform live, be live-streamed and get paid on top of that.

“The French Institute of South Africa (IFAS), in partnership with TOTAL South Africa, in association with Kaya FM and with producer Bassline, is excited to announce the top six up-and-coming Gauteng-based artists who will be performing at the four-hour livestream titled Blooming Sounds from Joburg, on Saturday 26 September, live on www.skyroomlive.com.

“I was struck by the quality of the music sent by the applicants, and I am very proud to say that each of the six selected acts will present a highly original and powerful sound to our audiences,” says Selen Daver, Cultural Attachée at the French Institute of South Africa.

The concert is free to the public, who can enjoy the original talents of the hand-picked performing artists as well as exciting headliners from the comfort of their own homes. The broadcast will take place from the iconic Constitution Hill against the women’s prison and will kick off at 16h00 and end at 20h00.

The six talented artists were chosen by a jury consisting of reputable music industry specialists and musicians such as Josh Georgio from the Hugh Masekela Foundation, Andrew Poane from Bassline and Selen Daver from IFAS, as well as Jerome Galabert from the Sakifo Festival in Reunion Island and Katiso K. Matabola from Kaya FM. The chosen six will form the opening performances for the headline acts, Zoë Modiga and Stogie T, who will feature in their own shows.

The broadcast’s primary aim is to provide as much exposure as possible for new musical talent by giving them the opportunity to perform alongside the headlining artists Modiga – amulti-award-winning singer-songwriter, who’s sophomore album titled Inganekwane, has just been released to great acclaim – and Stogie T – South Africa’s legendary rapper who has also released his most recent work, The Empire of Sheep, in April this year to critical acclaim.

“Blooming Sounds from Joburg is not only about revealing fresh talent, it is also about creating long term opportunities for this new generation of musicians,” Daver says. “We wish to have some of these acts grow and show South African music’s diversity and modernity abroad in a few years’ time.”

Out of the many talented entries that were considered, the six artists who were chosen stood out to the jury because they were distinctive and delivered strong vocal performances. “They all have a fresh sound and seem to be really paying attention to their craft. They seem to be trying something daring and original with their music,” says member of the jury Josh Georgio.

The artists and bands performing are: Witney. – an independent vocalist, songwriter, model, actress, aspiring producer and DJ, whose powerful lyrics are carried by her eclectic voice and soul-inspired sound; Lali Boi – a vocalist and multi-instrumentalist, who collaborates with renowned producer Spoek Mathambo to create a unique blend of hip-hop, jazz and traditional South African tribal music; Manu WorldStar – a Johannesburg born Congolese artist who has been lauded as the breakout artist as well as ‘a must watch’ African act; Lolo Skai – a Zimbabwean-born vocalist whose music is influenced by neo soul, afro pop music and poetry which she has loved from an early age; Moonga K – a Zambian-born musician who was raised by a musical family and encompasses a myriad of sounds including R&B, soul, electronic and alternative; and Umlilo – a genre and gender bending multi-disciplinary artist whose signature sound has been dubbed as ‘future kwaai’, a boundary-pushing, eclectic mix of electronic kwaito and alt-pop music with an avant-garde aesthetic.

“They are all good in their own right and I believe the selected bands will deliver on the night of the concert,” says Andrew Poane from Bassline.

The artists will be aired on Kaya FM after the concert, which will give them more exposure and they will get an opportunity to record their music professionally.

“Music has not only been the glue that holds us together, but it is also a tapestry that holds nations and communities together. It is a unique way in which we have been able to relate and tell our rich African story. Total South Africa is excited to once again be involved with the arts and play our part,” says Total South Africa’s corporate affairs manager, Nne-Mpho Siaga.

Sakifo Musik Festival will also be a part of the French team behind the event alongside IFAS and Total. This annual music festival, which has been hosted on Reunion Island since 2004, has become a landmark event on the musical and cultural scene of the island. The Sakifo network is onboard as a streaming partner and will be promoting and broadcasting the concert from its Facebook page.

Skyroom Live has been chosen as the event’s online live-streaming portal because they are at the forefront of live-streaming concerts at a global level. They showcase live performances that are filmed in HD quality and have been ranked 12th globally as live concert producers by iRocke.