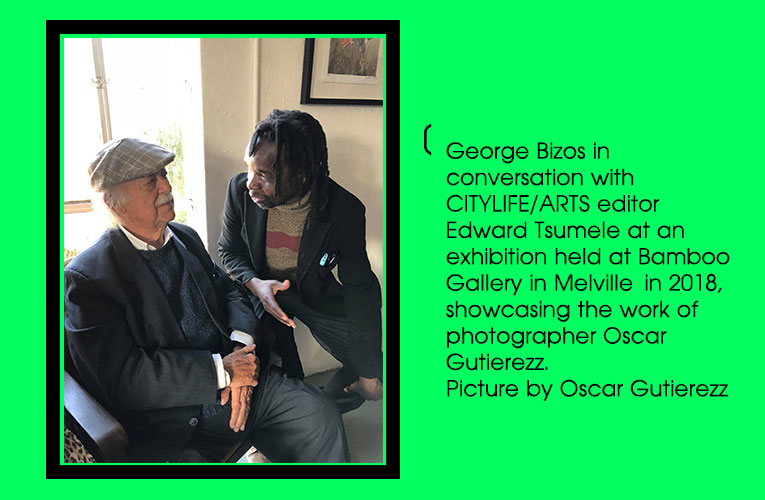 I first came into contact with his work as a lawyer during my university years while doing research  on how the mainstream media  reported on the Rivonia Trial of 1963/1964, focusing on Drum and The Rand Daily Mail. That academic journey lead me to the Bailey African Heritage Archives when the archives were still housed at 44 Stanley in Milpark, Johannesburg.

The findings of that research is a story for another day as there were huge differences in media representation of the trial  between publications whose readers were predominantly white on one hand, and those whose readership was predominantly black, such as Drum magazine.

Being part of the defence team led by the late Arthur Chaskalson, George Bizos played a very important role in the trial as part of the legal defence team. Having known Mandela way back at Wits  where they both studied law, Bizos clearly played an important role in fighting for human rights then, and in post apartheid South Africa as he continued to do human rights work  at the Legal Resource Centre till his death. Bizos died at home on September 9, 2020 at the age of 92.

And so like many others I admired the man, and when I eventually met him at an exhibition put together by well known Johannesburg based photographer Oscar Gutierrez, at Bamboo Gallery in Melville in 2018, I was awed by the humility of the man as we briefly reminisced about Bizos and his team’s role in the Rivonia trial.

And he was only too happy to share his perspectives on it with humility. You could feel and see that the man had no airs about himself, irrespective of the important role he played during apartheid and post apartheid South Africa as a human rights lawyer. This picture here taken by Gutierrez at the exhibition tells it all, as they say a picture does not lie.

May his soul rest in peace –Edward Tsumele, CITYLIFE/ARTS editor.