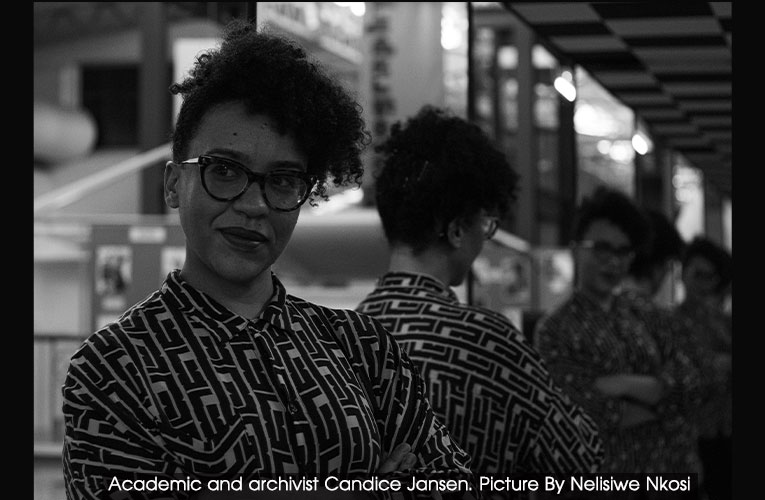 Photography documentarian Candice Jansen had to travel thousands of miles to the US to discover the work of local photographer Cedric Nunn, while she was researching South African photography for her Masters in Liberal Studies at Duke University in 2013.

That incident in many ways tells us about the state of our archives in general, and photography in particular, in the country.

“The lack of understanding of photography’s economic and heritage value in South Africa is in stark contrast to institutions in the Global North, who understandthe monetary and cultural value of preserving African photography. Archiving photography is important because photography has the ability to make the past present. Photography disrupts our ideas about time. When you look at a picture taken say in 1900, it exposes that past to the concerns of our present” says Jansen, the Manager of Exhibitions and Research Programming the Market Photo Workshop in Newtown.

She bemoans the way in which our local museums use photographic collections. “The archives right now that we have in our museums and other memory institutions were largely created during colonialism and apartheid. These archives legitimized the theft of land, the violence against Africans, and the miseducation of settlers and the camera was one of its instruments.  We then have to ask ourselves in contemporary South Africa, what purpose does that material serve in ongoing freedom struggles within a constitutional democracy?

Jansen sees her current role at the Market Photo Workshop as more than just preserving history, but understand the photographic significance of its archive as a challenge to the legacy of photographic archives in South Africa and of archival legacies beyond its borders. She looks forward to helping to build an archive that will continue to be used by students of photography, as Market Photo Workshop does in its curriculums. Her intentions are to strengthen the position of the school as a leading knowledge producer of ideas in photography. Through Market Photo Workshop’s archive, students, activists, independent and institutionalized researchers, schools, and other African countries will have an opportunity to engage with recent and historic works of African photographers.

Next year, under Jansen’s leadership, the Market Photo Workshop will be producing a book project on veteran township photographers that seeks to introduce this historic work to a younger generation. MPW has already started work on this, since 2016, which included a critical public programme hosted at the Hector Pieterson Museum in Soweto with these photographers, some of whom have now passed on.

This is probably what one could call coincidentally a tailor made job for Jansen, as her relationship with photography and her interest in documentary date back many years, from the time she studied photojournalism for her undergraduate degree, at The University Currently Known as Rhodes.

“In fact it was an accident that I ended up getting into the specialization of photojournalism. The idea then was to study journalism and become a journalist, which did not happen”. Jansen after varsity went into the non-profit sector and started a media programme for the national think tank, the Impumelelo Social Innovation Centre, headed by Rhoda Kadalie. Among her duties, Jansen worked as Impumelelo’s Principal Photographer, documenting the ground-breaking work that organizations were doing in spite of government. Impumelelo advocated for these unsung heroes who should be providing the blueprint on how to address our social development concerns across all the nine provinces.

She left Impumelelo the year after she completed her Honours degree at the University of Cape Town in 2012 where she studied with South African photographer and curator, Paul Weinberg who recommended her to Duke University. There she completed her Masters in Liberal Studies, where she had an opportunity to design her own curriculum that focused on photography, memoir writing, and uses of the archive. Her thesis project focused on the Cape Flats where she was born of trade unionist parents, producing a body of work called Living Rooms(2013).

Living Rooms shifted her language of image-making way from the photojournalistic mode she had been working in and thought deeply about the life of her grandmothers, which she expressed through images of the interiors of apartheid created public housing structures that were developed due to forced removals. She wanted to understand them as archives. Living Rooms is yet to be published or exhibited.

While in the US after completing her Masters, she worked for a year in 2014/2015 as exhibition assistant at a documentary research centre attached to Duke University, called the Centre for Documentary Studies. There, under the leadership of African-American curator, Courtney Reid-Eaton, she co-curated an exhibition titled BINNEGOED: Coloured& South African Photography.

BINNEGOED revisited South Africa during Apartheid through the work of 16 photographers who lived and worked during this period. It reflected on the country’s history of race classification to consider what it meant to be neither Black nor White, but classified as Coloured, a century before Apartheid began.

Why work at the Market Photo Workshop and not pursue a position at a South African university?