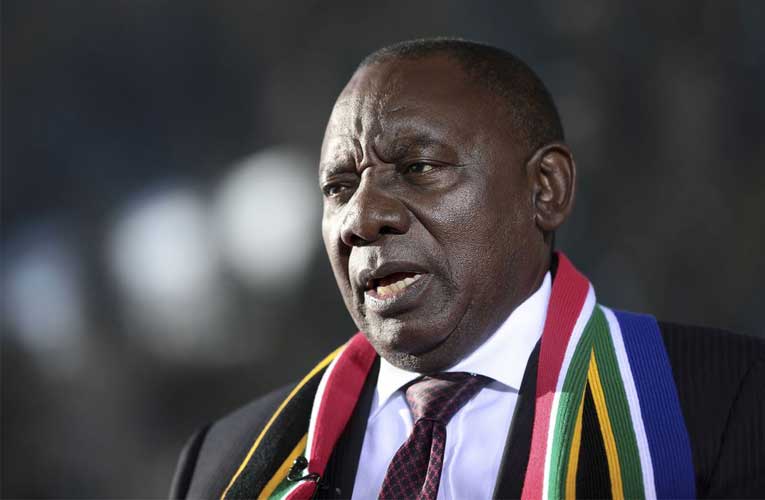 “Today’s march is just the beginning of several marches that will continue to take place, Lizani Smith,” one of the co-ordinators of the yesterday’s march by artists told the audience on the live face book page as the protest was taking place around the country. The live broadcast of the march through Zoom gave an up date of the unolding marches to the Union Buildings in Pretoria, Parliament in Cape Town and Provincial government Premiers’ offices throughout the country.

The artists representatives read and handed over the memorandum to government officials, and it contained a cocktail of demands and proposals to government, including a demand for the President appoint inter- ministerial task team to look into the broad issues bedeviling the arts sector.

Calling on President Cyril Ramaphosa to intervene directly, it appears as If the gulf between the artists and Minister of Sports, Arts and Culture Nathi Mthethwa has widened. A popular perception obtaining in arts circles is that Department of Arts and Culture seems to lack appetite to meet with artists to address teething issues in the creative sector. In fact the artists have abandoned all efforts to communicate directly with the minister, now preferring to take their grievances directly to President Cyril Ramaphosa.

“We are marching against how the creative industry has been dealt with during Covid-19 and in the past. We are not happy about how the Covid funds were distributed, and the processes as there was no consultation,” said Smith on the live Zoom platform.

However unlike the protest action by artists in Durban recently where rubber bullets were used against the protesters by police, yesterday’s march appeared to have gone smoothly without incidents of violence or heavy-handedness by the police.

Although the artists’ main grievance is that the sector must be opened to 70 percent capacity, enabling artists to perform and earn a living, as they have been unable to do so since March when Covid-19 lockdown regulations kicked in.

The creative sector, which contributes billions of Rands to the Gross Domestic product, is one of the most affected industries since the country went into lockdown.