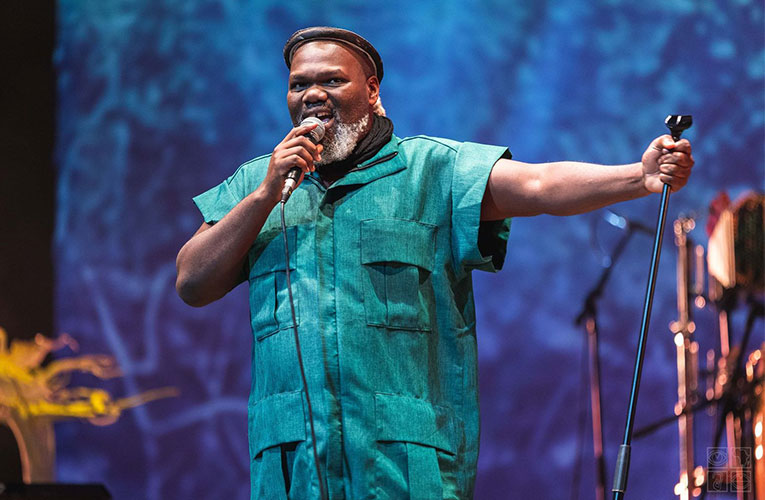 It almost feels like we are back to where we were before lockdown was declared in March, to control the spread of the novel coronavirus as theatres, one after another, are announcing the reopening of their venues.

The State Theatre in Pretoria is set to open their doors to the public once more in a stylish way, featuring one of the increasingly celebrated artists in South Africa, Mbuso Khoza. You can book a date with Khoza for 30 and 31 October.

Khoza, whose spiritually uplifting traditional sound continues to attract many a discerning music lover will kick the doors of the State Theatre open, welcoming a live audience. This, after the restrictions in social gathering have been relaxed by government, allowing audiences to once again enjoy their art, including live performances, with Covid 19 health protocols applicable.

This gig has been aptly billed as a heritage concert, because Khoza’s sound sticks to Zulu music’s traditional roots as it used to be performed and composed in the tranquil valleys and the rolling mountains of KwaZulu-Natal, from where the musician hails.

Not only has Khoza gone back to research this music as part of his post graduate studies at Wits, but he has repackaged and refined this music to touch the hearts and the minds of those who love traditional music that is cleverly tinged with a jazz flavour, making it appealing to the broad urban based African and other people from other cultures.

Khoza first unveiled his newly found repertoire at Joburg Theatre last year where he performed this music to the amazement and amusement of many a music fan. This newly found musical direction has certainly resulted in the growth of Khoza’s stature within the music industry, and his standing is still climbing.

“The South African State Theatre is excited to announce that it is ready to welcome back audiences, starting with  performances by the heritage enthusiast and revered musician Mbuso Khoza and band, LIVE : AN EVENING OF FOLKLORE’ concert  on the nights of 30 and 31 October 2020. The theatre’s decision to reopen doors follows the easing of the COVID-19 National Lockdown Regulations to Alert Level 1 by government.

The SAST has had its doors closed to audiences since government imposed a national lockdown back in March. The result saw the theatre resort to taking its theatre programme online to not only  entertain its audiences but to also offer relief to artists. The project which boasts over 50 productions, has managed to convey relief to over 500 artists during the trying times so far.

In line with the Covid-19 regulations and health guidelines to prevent the spread of the virus, the theatre’s management has taken precautionary measures to ensure that the health and safety of its patrons, which has always been a primary focus, is not at risk when it reopens. Limited seating is applied in venues to maintain social distance with the wearing of masks, temperature checking and other protocols in place,” the theatre said in a statement yesterday.

‘AN EVENING OF FOLKLORE’ will present soothing sounds and melodies encompassing stories about our culture and heritage, as this is a style that Khoza is currently using in his performances..

The offering is a special way to promote traditional music (Amahubo) and indigenous storytelling using Jazz as a medium. Bringing this music and storytelling to life, Khoza will be performing with Tlale Makhene on percussions, Bongani Masilo on Bass, Gabriel Stuurman on Keys, Sam Ibe on drums and The Slash Horns. Nandi Mzobe will also be featured on the night.

Having recently performed in an empty theatre while recording for the virtual concert of Amahumo at State Theatre, Khoza is excited to reconnect with live audiences.

“We are excited about our return to the State theatre, following the drought in the live entertainment industry, owing to the Covid-19 Pandemic sweeping across the world and devastating our people. Even though the world is still not out of the woods from this pandemic – we are alive and in music you can find solace, and with knowing and embracing your roots you are armed with the greatest weapon.”

Khoza is recognized internationally as an expert on the musical heritage of the peoples of southern Africa. He says heritage for him is an everyday delicacy. “We cannot afford to wait for a day in the calendar to commemorate our heritage, it has to be a daily thing. We must speak about our languages, our philosophies, our way of thinking and take pride.”

Tickets for ‘AN EVENING OF FOLKLORE’ are sold at Webtickets online and over the counter at Pick n Pay stores nationwide for R200. To adhere to social distancing, only limited seats will be available for this show. Patrons are encouraged to wear their masks, sanitize, and maintain social distancing when coming to the theatre.