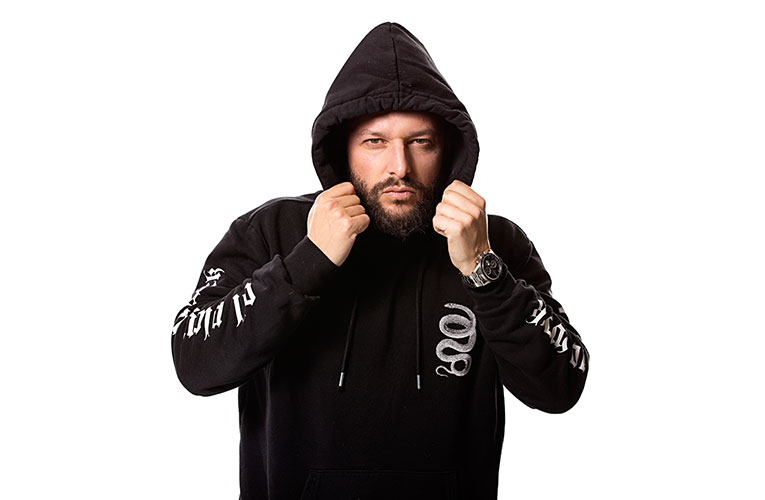 Since 5FM is celebrating their birthday all month long,  CITYLIFE?ARTS caught up with the longest serving DJ to date, the incomparable Roger Goode. Host of The Roger Goode Show (Monday – Friday, 06:00 – 09:00) since 2017, Roger and his team get you through your mornings with heaps of laughter and generally a jolly, Goode time. When Roger started at the station, he held down the Saturday night spots, offering up some of the best in music both on-air, on the club scene and with CD productions of The Saturday Surgery. He chats about landing the job, his highlights and the best advice he ever received.

CITYLIFE/ARTS. Cast you mind back to your first time on air at 5FM, how did you land the job, who did you work alongside and what were your first impressions like?

ROGER GOODE: I’ve always wanted to be a DJ. Growing up, we used to try and build radio transmitters to broadcast from my house in Fish Hoek. I burnt out my mom’s prized tape deck, recording radio shows before school in the mornings.

Years ago I’d gained a lot of media attention with my music that had done well abroad, BBC Radio 1 and the official UK top 40. I popped up on the stations radar for my audio production skills in the film, media and add agency business communities and my DJ shows in the clubs.

I started out hosting and producing a new era of electronic music shows for the station on the weekends. Back in those days, specialist music shows were on a brand new landscape. I connected with some the best DJs and producers in the world. Record companies sampled me music ahead of official release dates. I’d get fined by customs for the amounts of vinyl records I was bringing back from my overseas trips. The music was light years ahead of what radio stations were playing.

Being on air, serving up a party at a time when the core youth audience of the country was on the move on the weekends was a blast. We got the audience figures to record numbers. It was a wild ride.

CITYLIFE?ARTS. What first attracted you to the station and what continues to keep you motivated?

ROGER GOODE: Music. My obsession with new music. They let me play whatever I thought was cool. Entertaining people. Making them laugh, making them dance. Making people feel Goode. Sound production, radio imaging, Fashion, trends and always learning new things. Doing business where the commodity is audio. What can I say, I’ve got Peter Pan syndrome. I’m a public menace, and I dig it.

CITYLIFE/ARTS. Share some of your absolute highlights over the years, what events, shows or interviews stand out the most?

ROGER GOODE: Broadcasting live from Ibiza for many years during the European summers has always been packed with crazy memories. Taking the radio shows out of the studios. Flying on a private jet with Rihanna, we traveled the world from New York, Mexico, Canada, Paris, Germany Stockholm, all in 7 days straight. One of the craziest trips ever, all for the radio. I will never forget it.

I remember hosting shows from LA for the MTV music awards, discovering the underbelly of Los Angeles. It was crazy! Radio, TV and social media feeds from the City of Angels in simulcast, it was a first of its kind. I’ve broadcast from the back seats of peoples cars in rush hour traffic. Live from the hottest clubs and stages at EDM concerts. I’ve interviewed Richard Branson, Timberland, Dynamo, William Shatner, Diplo, The Swedish house mafia, Radio 1’s Pete tong … I could write a book.

CITYLIFE/ARTS. What was the biggest on-air faux pas you have ever made and how did you come back from it?

CITYLIFE/ARTS. What’s the best career advice you’ve ever received and who was it from?

ROGER GOODE:  Do each and every show as if it’s your last” – J Mark Gilman