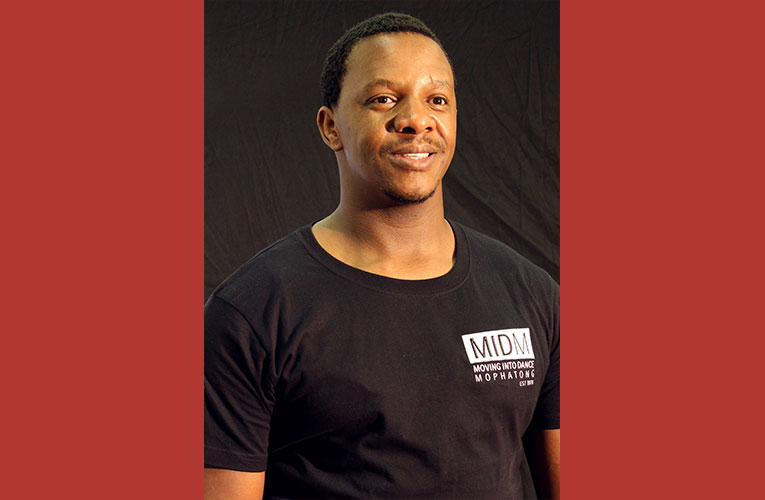 Internationally celebrated choreographer Sonnyboy Motau  currently has a touring production entitled We are Still Marching which references the 1956 Women’s march to the Union Buildings and yet the issues that drove those legends on to the streets are unfortunately still very much part of the South African social contemporary issues. We are still Marching choreographed by Motau is touring Gauteng, KZN and Eastern Cape, celebrating the life and times of women of South Africa and their struggle for self-determination in the face of obstacles. CITYLIFE/ARTS in this issue has an Up Close and Personal with Choreographer Sonnyboy Motau

CITYLIFE/ARTS: Thait  work We are Still Marching is not an ordinary production in that it deals with a heavy issue, the issue of Women’s struggles spanning the apartheid period to the present as women continue to face challenges such as spousal abuse, murder and marginalisation at work spaces. What are your remarks on this statement?

Sonnyboy Motau: Apart from the Women’s March of 1956, I was also affected by campaigns such as #Metoo and #Totalshutdown.  It made me realise that for every step women take forward, society takes two steps back.  Liberation and freedom is a moving target for women as they continue to struggle and fight against a system that is still governed by the patriarchy.

CITYLIFE/ARTS: . Not to stereotyping all townships in general and Alexandra in particular, but coming from a township such as Alexandra where conditions for abuse are more likely to happen than in wealthier suburbs because of the social conditions of poverty, the constant struggle to live, patriarchal attitudes, the general lack of education etc., surely personally you might have personal experiences or encounters with stories of abuse of women. Can you tell us a bit about your own experiences as a witness to incidents of abuse and marginalisation of women in communities such as Alex and others?

Sonnyboy Motau: Besides physical abuse there is a lot of generalisation and condescension directed at women.   Women are perceived as working in the kitchen or just doing menial labour.  They are not seen as fit for anything better.  In the section of Alexandra that my mother lives, the ward councillor is a woman and there have been several attempts to replace her. These attempts were inclusive of protest action, accusations of non-delivery and there has never been an attempt to understand what she has accomplished in her time as ward councillor.  All they wanted was a man to fill that position.

CITYLIFE/ARTS: Why do you think the arts in general and dance in particular could be a suitable vehicle to amplify the silent voices of women in the country?

Sonnyboy Motau:  In a society where women still fight to have their voices heard, they need to find expression in some other form.  Dance is that vehicle to allow for self-expression from a non-threatening platform.  It allows hurt to be translated into  a movement and begin the slow process of healing.  Through performances it is easier to make people understand situations as it exposes the audience to the reality that is being portrayed and that makes the experience real to them.

CITYLIFE/ARTS:. What challenges did you face in recreating We are Still Marching in the context of Covid-19?

Sonnyboy Motau: Time was a huge constraint as we worked reduced hours and looking at how many people you could have in a space at a time meant splitting the cast at times.  Also working with new cast members, and trying to groom them in movement stories while trying to physically exert your body using a mask was difficult.  Also working with reduced contact in dance was hard but once everyone was vaccinated we felt a bit better.

CITYLIFE/ARTS. This production is the first one you are choreographing since you assumed the position of Associate Artistic Director and I guess more is expected of you this time around than before? What are your remarks to that statement?

Sonnyboy Motau: The Awakening: Rebirth was the first work I created since my appointment as AAD.  However, remounting this work with a new cast was as good as re-choreographing because you need to factor in the strengths of each new member and find a way to hone in on those strengths to make them shine in the work.  It is like trying to find my feet in terms of being a performer, a choreographer and an arts manager, before I could just be creative but now I need to think beyond that and understand what impact this has for Moving into Dance as a whole.  I need to think beyond the stage.