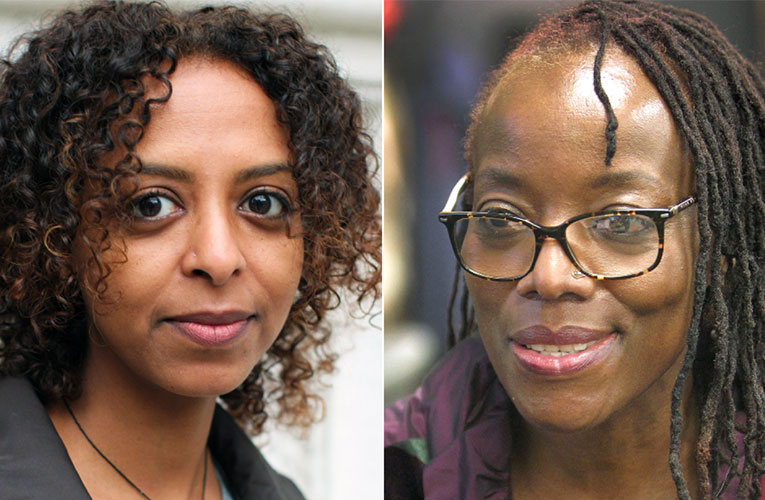 Today, November 19, 2020,  is the D Day for those shortlisted for the Booker Prize as they will know who is the literary Queen or King among them. Sure that is true, but the real focus, especially in Africa is on the two women writers that have been short listed from the African continent, one from  East Africa and the other from southern Africa, Maaza Mengiste of Ethiopia and Zimbabwe’s  Tsitsi Dangerembga.

Both novelists have been nominated for their two powerful novels, Mengiste for her second novel The Shadow King, and Dangarembga for This Mournable Body. Both books are powerful as they deal with relevant issues in contemporary Africa, patriarchy and misogyny.

Mengiste’s The Shadow King draws a lot from the Second Italo-Ethiopian War, in which women fighters on the Ethiopian side played a very crucial role, but unfortunately their role in popular historical account  is at best marginalised, and at worst erased completely. This war happened when Benito Mussolini’s Italian troops invaded Ethiopia in 1935.

On the other hand Dangaremgba’s fourth novel This Mournable Body is as per her other previous books, is steeped in feminism. And so both books are powerful books, and it will not be a surprise If one of them walks away with a Booker today. It would also not be a surprise If both novelists shared this prize, and If that happened, it would not be without a precedent as last year the prize was shared between British novelist Nernadine Evaristo and American author Margaret Atwood. The two authors become the first authors to jointly win the Booker Prize for Fiction since 1992. Atwood was rewarded for her novel The Testaments and Evaristo similarly honoured for her novel Girl, Woman, Other earned each author an equal share of the £50,000 prize.

However it is not given that the two will walk away with the Booker as they would have to beat ,four other authors also nominated for this giant literary prize to do so. If they did so, it would be a first in its long history for a Booker to be won by a black writer from the African continent. The others in the running are
Diane Cook (USA),for The New Wilderness, Avni Doshi (USA), for Burnt Sugar, Douglas Stuart (Scotland/USA), for Shuggie Bain, and Brandon Taylor (USA),Real Life.

The Shadow King is Maaza’s second novel,  her first, being Beneath the Lion’s Gaze, which was published in 2010.

Dangrambga first gained prominence in 1988 when she published her highly acclaimed debut novel Nervous Conditions, followed by the sequel a Book of Not, published in 2006, with This Morunable Body completing the trilogy.

Nervous Conditions won the Commonwealth Writers Prize for Africa in 1989, and was named one of Africa’s Best Books of the 20th Century, and made the BBC list of The 100 Stories That Shaped the World.

However in July this year, Dangarembga hit international headlines when she was arrested in Harare, Zimbabwe,  for participating in anti-government protests due to difficulties people are experiencing in that country, such as food shortages and hyperinflation , and this happened a day after she was longlisted for the Booker Prize 2020.