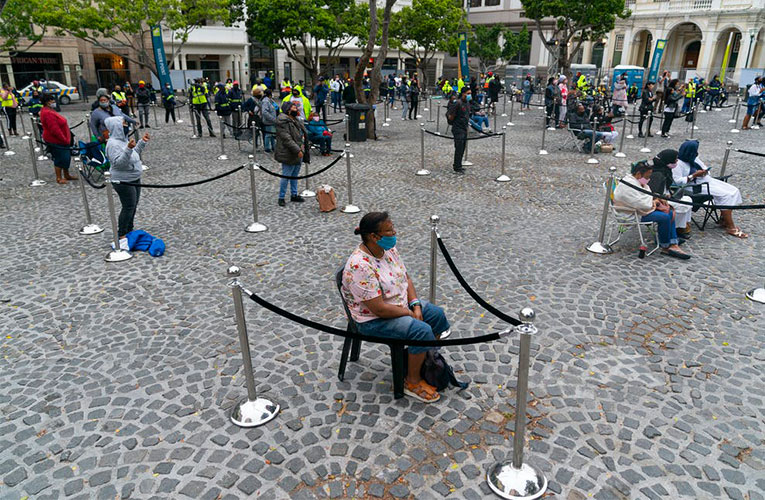 For people working in South Africa’s live music sector, 2020 has been “devastating”. That was the term that researchers read most frequently in responses to the country’s largest-ever live music and COVID-19 survey, published in November. As one respondent put it:

The study, called Impact Analysis: Live Music and its Venues and the South African Economy During COVID-19, was undertaken by the South African Cultural Observatory, a government project hosted at Nelson Mandela University in Port Elizabeth. Its job is to track the socio-economic impact of the arts and creative industries. IKS Cultural Consulting was commissioned to carry out the survey and Andre le Roux and I were the lead researchers.

We created an online questionnaire that built on the Cultural Observatory’s early assessment of the pandemic’s impact on the country’s cultural and creative industries.

The study was both quantitative – to determine larger trends and numbers – and qualitative, including questionnaire items and eight in-depth case studies. We received 697 responses. These provided detailed information about live music workers’ experiences and their sense-making. We found that nearly half our respondents contemplate quitting live music for good.

The people we surveyed worry about the longer term impact of the pandemic on audiences and society, and about their own ability to operate in the absence of an integrated national recovery plan. Of the musicians surveyed, 41% report selling their instruments and equipment to pay their bills; others are living on loans that will need to be repaid.

Our respondents come from all South Africa’s provinces (with Gauteng, the Western Cape and KwaZulu-Natal dominating). They work along all segments of the music value chain (from musicians, organisers, roadies and sound engineers to key venue workers). They cover all music genres. They include respondents like one, whose “bread and butter activity” is recording choirs and traditional music groups who travel from distant provinces. But all activity stopped and “the entire fraternity is at home wearing a mask”.

Our data presents a highly interconnected value chain, where single venues and other music delivery mechanisms such as cultural tourism operations and music circuit organisers serve as hubs for multiple artists. The loss of one venue has an impact on work and revenue opportunities for musicians as well as related service workers. Work creation (and recovery) depends on a large cohort of small and often informal employers initiating a sustained series of short-term projects.

From March until very recently, most of that stopped and 90% of the live music industry lost income due to COVID-19. Says one musician:

One in four respondents said they weren’t able to continue with any elements of their business under lockdown. Even with the current easing of lockdown, which post-dates the survey, venues – which often also serve as restaurants and bars – are constrained by rules on admissions, hours and service.

Most respondents have been in the industry for more than five years, but experience has proved no protection.

There’s a stereotype of the music industry as sleepy. We found the opposite. Musicians, promoters and venue owners responded to us fast and flexibly. Like their overseas counterparts, 88% are adopting new online music strategies. One gospel promoter said they would use online platforms to sell and distribute music, “but it will not yield the same amount of revenue we are used to”. Their audience is often rural and elderly, with limited access to digital networks for live streaming music.

Despite this agility, many of those who are employers have had to end short term contracts (23%), retrench employees (13%) or cut salaries (18%). Only 6% say they can continue to pay everybody they work with.

Government COVID-19 relief support requires formal documentation. But because of the predominantly informal and project-based nature of music-related work, many people were unable or ineligible to apply. Asks one:

All of my work was confirmed on email with contracts pending … how can I claim any proof?

Only 7% reported successful applications for the various small to medium enterprise support mechanisms and only 21% for the Department of Sport, Arts and Culture relief funding.

Yet close to half of our respondents, perhaps surprisingly, categorise themselves as conditionally hopeful.

What they need, they say, is flexible, integrated support (both financial and in-kind) across administrative boundaries and government portfolios. In contrast to prevailing official practice, weighted towards prestigious mega events, they want decentralisation of programmes, projects and infrastructure. They stress a need to focus on the local – from compliance with local content quotas to funding of local music initiatives and performance spaces. “Restart community initiatives,” pleads one.

National and local governments and parastatals control many spaces – recording studios for live streaming; parks and squares for safer open-air concerts – our respondents point out. Granting bureaucracy-free access to these could kick-start revenue generation, particularly if accompanied by support to access digital equipment and training in using it.

But inequality, and especially the country’s digital divide, bar many respondents from such innovation, especially those in rural areas. An organiser of live music in township communities says:

Our modus operandi is to bring music to the people. And if you think about where the people are, internet isn’t great there.

What’s to be done?

To remedy all this, our respondents say they desperately need an informed, listening ear from government as much as they need financial grants.

Many responses describe perceptions and experiences of inefficiency, ineffectiveness and lack of practical industry understanding among officials at all levels, in all structures, as well as concerns about corruption and bias.

But it’s not only government that needs to be listening.

The plight of live music mapped in the South African Cultural Observatory study should concern anyone looking to the return of South Africa’s diverse live music scene, and the employment, export revenue and joy it creates.

In South Africa’s live music industry, January to Easter is always the dry season. People normally survive by setting aside earnings from the previous three quarters. The unique circumstances of 2020 sabotaged this in two big ways.

Relief funding was designed to cover cancellations in the first quarter – but most musicians hadn’t confirmed all their bookings by then. And from April onwards, during lockdown, there have been minimal earnings. If 2020 was dry, January to Easter 2021 will be the Sahara desert.

. Gwen Ansell, a writer and author  of Soweto Blues, is an associate of the Gordon Institute for Business Science, University of Pretoria, where she lectures on writing skills for the Doctoral Programme and edits selected academic and practitioner publications. In 2008 she was Louis Armstrong Visiting Professor at the Columbia University Center for Jazz Studies in New York This article was first published on The Conversation.