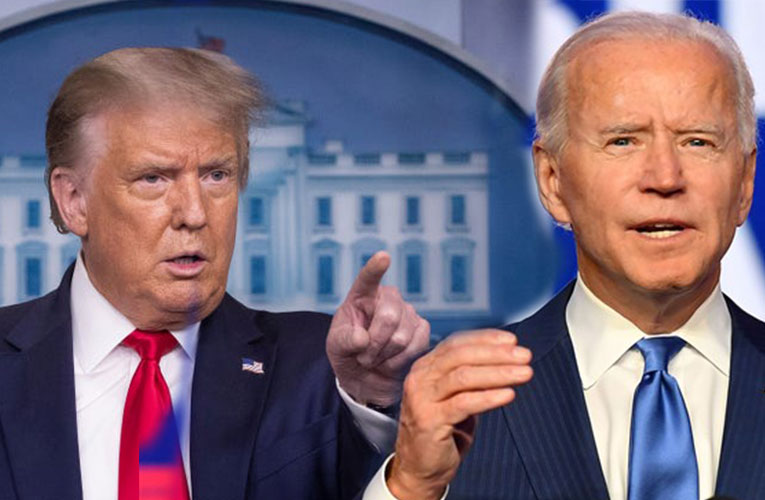 Drama creators, especially the ones that are fond of theatre of the political genre have their job cut out for them. They do not have to do much as the work-shopping has been already done by the political players in the Us elections, protagonists Donald Trump and Joe Biden. The former I this drama, just like in novels is the spoiler, while the later is the good guy. How better a drama script could be.

In this drama of the absurd that unfolded and had a photo finish last night with Associated Press, which had inside exclusive information to the US’s tightly guarded election machinery, revealing that Joe Biden had reached the 270 000 electoral college, the threshold needed to clinch the presidency of the US. Though the winner had not been confirmed officially last night, there are no prizes guessing who will be in the White House come January when the 46th President of the Us will be inaugurated.

While from here we will leave the responsibility of in depth political analysis to political experts, we however we would be failing in our responsibilities If we do not  mention something salient in this election drama.  Those that love theatre were indeed  enthralled and even motivated and tempted to turn the shenanigans surrounding how the Land of the Free’s leading status as a mature democracy, was exposed  badly and is worth a drama script. . If there is something to learn from these elections, it is that the US after all, is not immune to the kind of chaos that one often witnesses in weak and immature democracies, especially on the African continent during elections. The behaviour of Trump left many wondering whether that kind of behaviour is any different to that of most of African leaders’ who have a propensity for clinging to power at all costs.  The man apparently told those close to him that he was not ready to accept  defeat even when he was facing it in front of him. It is by observing the theatrics of especially the outgoing President, Donald Trump’s poorly choreographed dance on stage, that left many asking the question of whether what the world was witnessing was involving a leader of the great Us, or the leader of some shithole country . It was unbelievable.

The drama became even more interesting when it dawned on everyone that the winner was going to be decided by the so called swing states, such as  Nevada, Georgia, Wisconsin, Arizona, and Michigan, Biden had an upper hand and there was no chance of Trump doing better than he already did given the few votes that were left to count. This election indeed deserves a drama production to put on stage, it is probably what the world needs right now to at least forget for a moment the pandemic, Covid-19 that is threatening human existence.