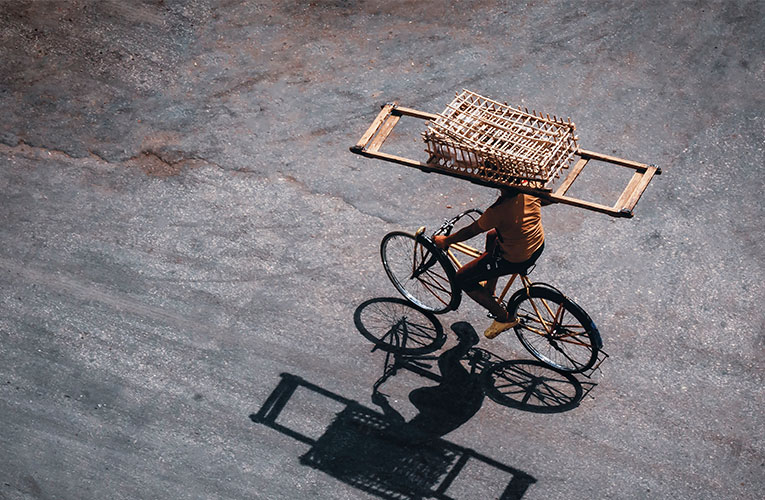 The competition takes place annually and calls for submission along themed lines. At the heart of its purpose, is a drive for Africans to document Africa. Both amateur and professional photographers and filmmakers are called to share the world they see every day, life recorded and observed from within their own communities. Their contribution forms a collection of royalty-free images about Africa, a continent that is often a subject of an external gaze and many subsequent stereotypes.

Mohamed  explains how he came across this image:

“I heard a lot about the virgin islands scattered along Lake Burullus. One particular image of an island called Shakloba haunted me. It might be the stunning image I saw on Facebook, or the strange name of the island. But either way, curiosity got the best out of me and my travel companions and we decided to explore the island.

Shakhloba is one of over a dozen small, mostly uninhabited islands in Lake Burullus. The magnificent lake, the largest in Egypt’s Delta, is located in Kafr El-Sheikh governorate. Lake Burullus has a very rich landscape. It is nestled in the green fields of the Delta, bordering it from the south, with Nile’s Rosetta branch towards the east and the Mediterranean to the north.

Fishing is very important for the local people here. The traditional boats—markebs and faloukas—are still used. Fishermen use traditional techniques (various kinds of nets) and take advantage of the reeds.

This photo summarized the life in this place…Fishers and their home land in a small island in Lake Burullus, Egypt.”

Abd says that his motivation to take this shot was “ because the boy attracted me for his great effort during work at midday, then I noticed the light and shadow and decided to take the shot.”

Summer is a return winner for 2020. She won second prize in the 2019 contest. She took the photo during lockdown ‘because I like to shoot from the top when there are suitable configurations.”

Every year the contest looks for an image that represents ancient traditions with in a modern context, with this in mind the following image won the Traditional Culture Prize.

The final prize goes to the new video category. The new prize category was to encourage quality video submissions to the competition. Over the years the organisres have included media prizes as winners, but this year saw several fantastic mini-documentaries entered.

The winning video was chosen by the competition organisers for its quality imagery and the simple, contemporary way of sharing the journey on board Abidjan’s Lagoon Ferry.

Towards encouraging entries from across Africa, events were held by local Wikipedia volunteers to encourage people to contribute photographs, and share information on the specifics of Wikipedia licencing and how to upload entries. This year, before the COVID-19 restrictions came into effect, events were held by volunteers in 23 countries (including Brazil’s Afro-Brazilian community) in order to drive contribution and build Wikipedia savvy communities around the competition. These events took on the form of introductory workshops, photographic excursions and upload sessions. After COVID-19 hit, there was a concerted #stayathome #staysafe and #useyourarchive campaign that ensured people didn’t put themselves at risk to get the perfect shot.

Wiki Loves Africa is activated by the Wikimedia community that created Wikipedia in support of the WikiAfrica movement. The competition was conceptualised and is managed by Florence Devouard and Isla Haddow-Flood of Wiki In Africa as a fun and engaging way to bridge the digital divide by rebalancing the lack of visual representations and relevant content that exists about Africa on Wikipedia. The competition is funded by the Wikimedia Foundation and supported in-kind by UNESCO and a host of local partners in individual countries. The images donated are available for use on the internet and beyond, under the Creative Commons license CC BY SA 4.0.