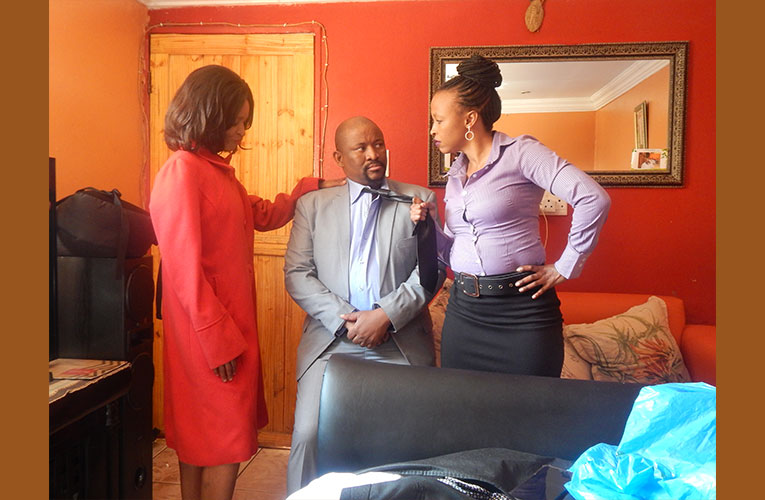 His name has always been associated with penning mainly plays that are embedded in African traditions, especially highlighting the complexity of Setswana culture, but this time well known theatre director, producer and writer Bogosi Kenneth Bolokwe has crafted his first ever romantic thriller.

This play, which promises to attract those interested in things romantic and the challenges that often come between lovers, such as betrayals, infidelity and selfishness will be happy to know that all these elements are there in You Know What.

You Know What, a brand new thriller from this widely travelled director, who has taken shows abroad, in previous years where they enjoyed the stages of the Edinburg Festival in the UK, and Broadway in the US, is headed to Soweto Theatre, where it will perform from May 14 to May 16, 2921.

Written and directed ;Bogosi Kenneth  Bolokwe, who has penned and directed such theatre success plays  that include Umshado: A Marriage of Convenience, Marangrang, which is currently in rehearsal for a season at Joburg Theatre, and The Way We Heal,  which he adapted for theatre from the writing of decorated poet and freedom struggle stalwart Mongane Wally Serote, You Know What promises fire works on stage.

It is a three hander that features the leading and seasoned actors.

This play looks at the image and status of a working class woman (Rose) who is financially stable as an Insurance broker. Her husband (Jack), is equally successful as a black professional.

Both are what one could call black super achievers admired by all and sundry in their community, earning good money that enables them to build a big house, a mansion.

But beneath this appearance of success and achievements buttressed by financial freedom, lurk huge problems in their marriage.

As cracks in their marriage emerge, they threaten to unravel whatever they had built together, touching on their foundation of their marriage.

As it were, there is cheating involved, and at the centre of these problems is the fact that Rose cannot have children as she is barren.

And when the man starts to cheat on her, she blames it all on infertility, and instead of pointing a finger at herself, she points it in the direction of her husband as the one who is barren.

Then Jack’s colleague Bonolo, enters the picture, seizing the opportunity presented by this couple’s marital problems as she seduces jack, and who  first resists to fall for it as his dedication to his marriage is pure and faithful  with the hope and a belief that one day their marriage would be back to  normal ,and their love life would become strong again.

However, unfortunately for Jack, this is not what Rose thinks though as she  eventually serves  Jack with divorce papers to sign..

But the plot in scandalous family affair thickens as one evening Rose gets involved in a car accident and her sidekick dies on the spot.

Rose herslf becomes  is left paralysed and consequently becomes to wheel chair bound for her movement.

Jack on the other hand  eventually  allow s seduction by the scheming Bonolo to overwhelm him as love takes  once off  between him and Bonolo in a spectacular way.

Frustration from his wife now wheel chair bound wife contributes to this decision. In a one night stand session Jack mpregnates Bonolo, and the whole truth reveals itself, and that is that Jack is fertile but Rose is the one who is the barren one. In any case she had always refused to consult a gynaecologist.

Three months later Rose is released from hospital and it is up to Jack to decide if he can sign the divorce papers summoned.

The actors in this play however do not  pass a verdict i this regards but audience members  should decide whether Jack should forgive Rose or divorce her- effectively making You Know What a suspended thriller.

Jack –Seiphemo  Motswiri  ( Be A Better Dog by Seiphemo Motswiri)

“We look forward to seeing you at the show,” says Bolokwe.