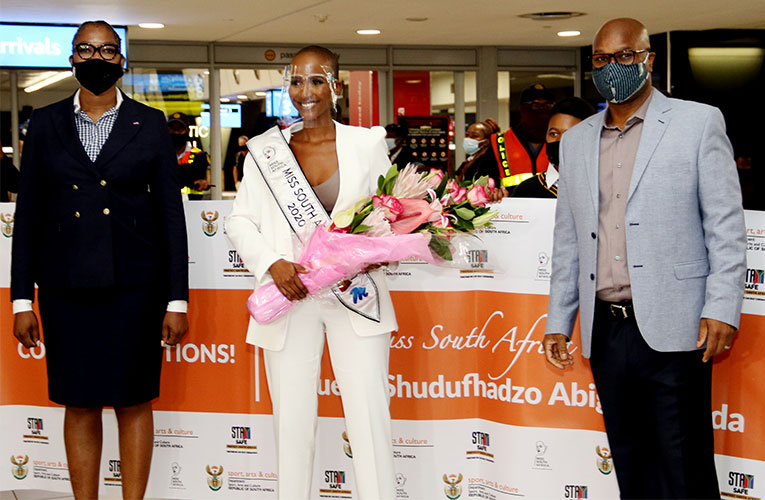 Shudufhadzo Musida returned to Gauteng yesterday, a week after she was crowned Miss South Africa 2020 in Cape Town. She was officially welcomed at OR Tambo International Airport by Minister of Sports, Arts and Culture Nathi Mthethwa and MEC for Sport, Arts and Culture in Limpopo Thandi Moraka (pictured) as well as a group of fans including Atlegang Ramasike (Rand Girls), Naledi Lebepe (Noordwyk Secondary) and Phemelo Ramasike (Rand Girls Deputy Head Girl).

Mthethwa called the new Miss South Africa “an inspiration to the youth” while Moraka said she was looking forward to Shudufhadzo’s Limpopo homecoming tour, details of which will be released shortly. At a press conference following her arrival, Musida revealed that two days ago – after winning the title – she completed her thesis for her BA Honours in International Relations at the University of Witwatersrand. Pictures by Yolanda van der Stoep.