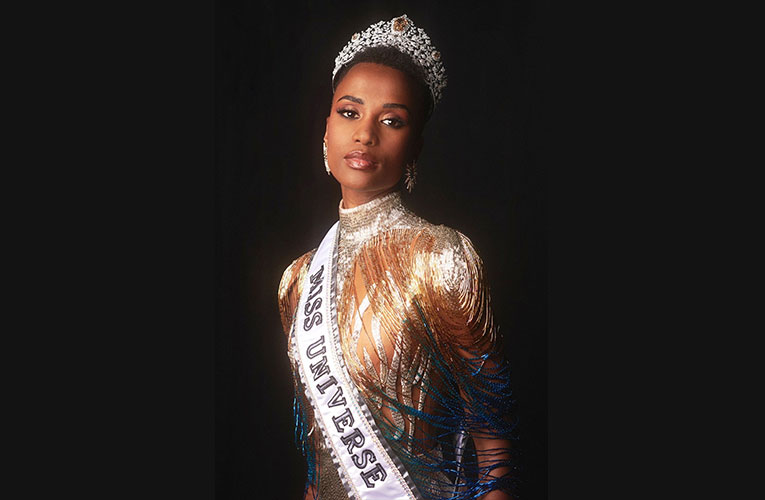 E! Entertainment Television– NBCUniversal International Networks’ global, multi-platform brand dedicated to all things pop culture – yesterday  announced the South African beauty Queen, who is currently the reigning Miss Universe is the third runner up for the Social Satr of the Year.

Kenyan comedian and internet sensation Elsa Majimbo has been voted by the public as African Social Star of 2020 at this year’sE! People’s Choice Awards, Dimma Umeh (Nigeria)  was voted second runner up.

Between 1 October and 23 October, E! engaged fans worldwide to vote in over 40 categories across TV, music, movies and pop culture. For the second time in the history of the ceremony, the E! People’s Choice Awards opened a category dedicated to Africa. The other nominees in the African Social Star of 2020 category included Karl Kugelmann, Sho Madjozi, Thuso Mbedu, Wian van den Berg and Lydia Forson.

19-year-old Elsa, born and raised in Kenya, rose to fame this year when her satirical videos began to go viral on the internet, receiving appreciation and applause from names such as Chrissy Teigen, Lupita Nyong’o, Usain Bolt and Jorja Smith. Since then, she has reached over 1million followers on Instagram, collaborated with beauty brands such as Fenty and MAC and has been profiled by global media from Vogue to The New York Times.

On receiving her award, Elsa said: “Thank you to everyone who voted. I’m so happy to have won, over the moon and through the roof!”

TheE! People’s Choice Awards will be broadcast live from The Barker Hangar in Santa Monica on Sunday 15 November, starting with Live From The Red Carpet at 02:00am CATand the ceremony at 04:00am CAT. Both will be repeated throughout the following day on Monday 16 November, only on E! (DStv Channel 124).Follow @EOnlineAFRICA (Instagram) and @EEntertainmentAF (Facebook) for all the latest news and exclusive content.