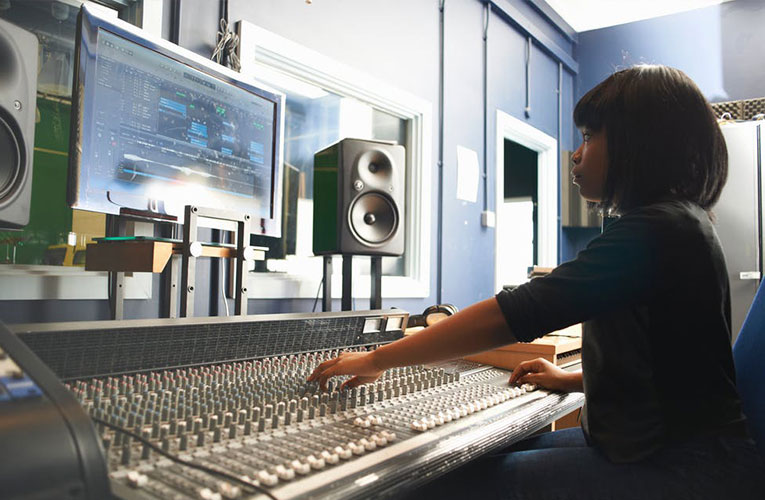 Music producers Dr. Dre and Jimmy Iovine have announced plans to open a Los Angeles high school that will focus on, among other things, inspiring students to become entrepreneurs. The public school, which will be part of the Los Angeles Unified School District, is set to open in fall of 2022 with 124 students and eventually grow to serve 250. Here, two hip-hop scholars – and one career and technical education scholar – weigh in on what the proposed school could mean for the American high school experience.

When I look at the academy proposed by Dr. Dre and Jimmy Iovine, two things stand out – the location and the approach.

They plan to open the school in the Los Angeles Unified School District, the second-largest school district in the nation. The district serves a population that is 74% Latino and 10% Black.

More specifically in terms of location, Dre and Iovine plan to launch the academy in Leimert Park, the Black cultural hub in Los Angeles. Leimert Park is a predominately Black community with 72% of the population identifying as African American and about 16% identifying as Latino.

The decision to open the school in Leimert Park demonstrates a need to provide innovative educational opportunities and experiences for all students, but specifically Black and Latino youth. Further, the academy, which will be a part of Los Angeles Unified School District, demonstrates a commitment to supporting groups that have been marginalized in education. Statistics show that 80% of students currently live at or below the poverty line. The academy will be positioned to enroll students who may have limited access to quality school experiences as a result of their social status.

Most schools tend to teach subjects in isolation. This approach doesn’t encourage students to see connections between various content areas. The proposed school in Los Angeles will be interdisciplinary, much like hip-hop itself.

Hip-hop has five creative elements (MC, break dancing, graffiti art, DJ and knowledge of self) that capture various disciplines and create a culture that has real-life applications that young people participate in, interrogate and experience.

For instance, students can engage in science and mathematics applications of music production. They might study certain principles behind recording music, such as amplitude and frequency, and how altering those two things can change the entire sound of the song. Adding entrepreneurship provides a way for students to make a living based on their understanding and experiences with music.

Educational benefits to interdisciplinary teaching include gains in the ability to recognize bias, think critically and tolerate ambiguity, as well as acknowledge and appreciate ethical concerns.

I envision the school providing opportunities for students to imagine themselves as entrepreneurs who have the skills and knowledge to innovate and create solutions to advance their local and global communities. In a global economy where innovation and critical thinking are essential, I think Dre and Iovine’s proposed school could potentially become an exemplary school for other high schools throughout the U.S.

When students learn and do things in high school that they can apply in real life, it keeps them more interested in school and makes them more likely to graduate. It also helps students develop job skills that can improve their chances of finding rewarding employment and earning a good salary.

One of the best things about the proposed school is that it has a focus on a few areas of applied learning, such as business and design, with direct connections to industries that have a strong presence in Los Angeles, such as entertainment-related mutimedia design and business.

This is not Dre and Iovine’s first foray into education. Back in 2013, they donated US$70 million to establish the Iovine & Young Academy at the University of Southern California. The academy takes its name from Iovine and Dre, whose legal name is Andre Young. Current plans indicate that the new high school will have a focus similar to the USC Academy – which focuses on arts and design, engineering and computer science, business and venture management, and communication.

By focusing on information technology, or IT, as well as coding and communication, this school could provide access to things that students might not otherwise get.

Ideally, local industry leaders will partner with the school to provide rich work-based learning experiences, such as job shadowing or even paid for-credit internships. Such partnerships not only can help students build skills that will help get them jobs and college credit, but also help broaden awareness of college options and the kinds of jobs they can get.

Iovine and Dre’s proposed high school appears to embody knowledge and entrepreneurialism, which are considered two elements of hip-hop culture.

The school is set to provide multidisciplinary education. If this is successful, it is a great way to help students uncover their potential and hidden talents through experience and formal education. It is also a possible way to provide education that can be applied in the real world.

With one of the founders being a hip-hop icon, and since hip-hop continues to be a dominant force in popular entertainment and youth culture, I also see the school as an avenue to foster entrepreneurialism.

Entrepreneurialism taps into the creative and inventive parts of hip-hop. It encourages self-employment, self-education, business management and practices of fair trade, such as receiving fair payment for work produced.

Given the nature of Iovine and Dre’s proposed school, it will likely speak to the interests of potential hip-hop creatives.