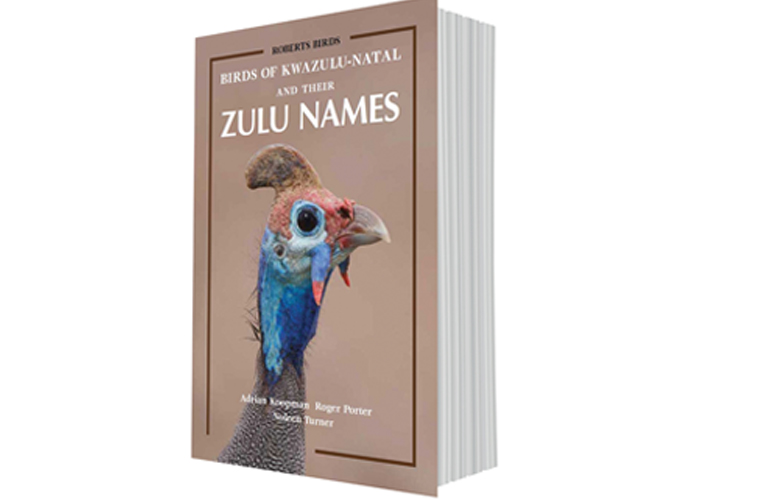 The John Voelcker Bird Book Fund, publishers of the Roberts bird books, has announced the publication of the Birds of KwaZulu-Natal and their Zulu Names.

Accompanied by superb photographs, this ground-breaking book is the first practical field guide to record the Zulu names of bird species commonly found in KwaZulu-Natal. Where one name was previously used to describe a number of birds belonging to the same genus (i.e. ukhozi for most eagles), the need existed to give species specific names.

The authors hope this book will be used to inspire a greater interest, awareness and protection of the avifaunal heritage of KwaZulu-Natal. It is vital for the heritage of all South Africans that these names are recorded and made widely available. Noleen Turner, a passionate birder and honorary research professor at the University of KwaZulu-Natal, in collaboration with Professor Adrian Koopman and Roger Porter, led this seven-year project, together with 18 expert Zulu bird guides from various parts of KwaZulu-Natal.

The recording, derivation and crafting of these names has been a lengthy but fascinating process. Turner notes that the project has included not only the consideration of biodiversity management, but also the pursuit of social ecology, the long neglected but crucial ‘people’s’ aspect of conservation. She said when it came to Zulu names for birds, they had to fill in the gaps, and of the 550 species analysed, some were confirmation of well-known names, such as inkazwi for the fish eagle; some were selected from the most commonly known names such as inkankane for the hadeda ibis. Some names were redirected: for example, the name for the Brown-headed Kingfisher indwazela became the generic name for all kingfishers (ndwaza referring to the motionless position while waiting for prey).

Other new names were coined based on appearance, calls, behaviour and distribution such as isankawu (the bird whose call sounds like a vervet monkey) for the Southern Pochard, or umacutha derived from the Zulu word cutha (meaning to draw the body tense) as the generic name for herons, which perfectly describes the bird’s behaviour before it lunges at its prey.