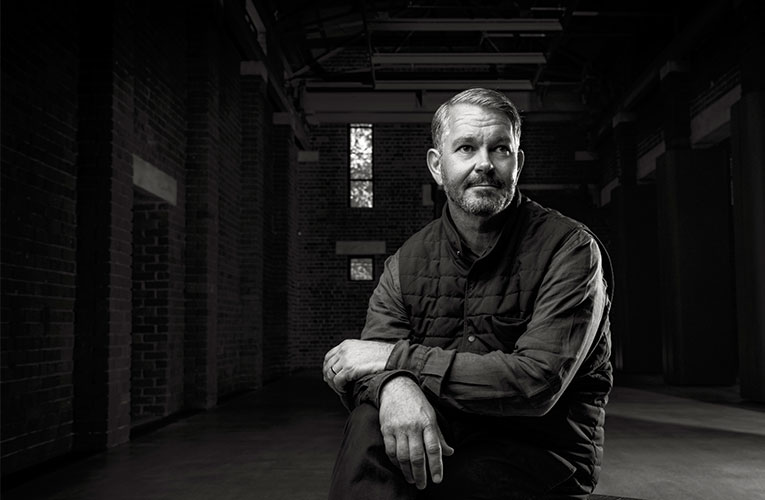 This inaugural exhibition at Johannesburg Contemporary Art Foundation is on till January 30, 2021.

I am a bit frantic as time was running out for my appointment with well known curator Clive Kellner. Time is of essence when it comes to how visitors interact with this new home of contemporary art in Johannesburg, especially because the place can only be visited strictly on appointment. And yes, although with the advent of Covid-19, making it is in fact now convenient to book online for a visit, in fact this culture was adopted right from the beginning, as this institution is technology focussed as well, including the viewing experience.

Now for those that have been following the arts scene, especially the visual arts scene in South Africa for more than two decades, Kellner loomed large among several other figures shaping the narrative of contemporary art in South Africa, and even on the African continent.

For example, he has worked at Johannesburg Art Gallery as director and chief curator, putting up memorable exhibitions there, including the memorable Africa Remix, and was involved in the Johannesburg Biennale in 1995 and 1997, among other prominent roles. The list goes on.

But this article though is not about Kellnner, though inevitably involving him because of the centrality of the role he is playing at this new institution, a foundation started by three visionaries, South African philanthropists and business people, the Enthoven family, Phuthuma Nhleko and Gordon Schachat.

Johannesburg Contemporary Art Foundation (JCAF) is an important institution that promises to shape the thinking about how contemporary art, is viewed, studied and understood, by scholars, business people and members of the public. Kellnner is executive director and Curator, and is driving the aesthetic and scholarly vision of this new home of contemporary art in South Africa.

Housed in a historical building of immense heritage value right in the heart of Johannesburg north’s legendary man-made in forest, Forest Town, where just looking at the greenery around this building, puts one at ease before immersing yourself in the contents of this heritage masterpiece of a building with its slightly retouched facade of red bricks, this building which houses JCAf is an art work on its own.

Besides its tasteful and alluring architectural qualities, dating over a century, when it used to be a depot for trams, it is the current exhibition that will leave you thinking hard about the role of art, especially contemporary art in society.

Is art’s value, its beauty with regards to the technique, feel, the craftsmanship, the aesthetics or the hidden, silent message hidden in the unsaid, coded language it is communicating, and yet at the same time not communicating?

In other words, is the role of art in society, also to make us think as it sometimes confronts us with our current realities, that sometimes are uncomfortable to face, besides of course its beauty, as in looking at a beautiful object that makes you feel spiritually invigorated and connecting with your inner-self?

Taking a guided tour of the current and inaugural exhibition at JCAF, with Kellner and his assistant Bulumko Mbete, makes a viewer to inevitably ask hard questions about the role of art in society, and how sometimes its coded language is left unexplored by especially collectors who are only looking at art’s aesthetic value, but not its intellectual depth and exploration of the everyday complexities of the world, particularly the global South’s relationship with the Western World.

The inaugural exhibition of JCAF) featuring the works of five female artists from South Africa, India and Iran and Kenya titled Contemporary Female Identities in the Global South, makes one to rethink about the role of art in society. The exhibition explores multiple construction of female identities  In this exhibition one can indeed see several identities embedded in the coded messages in the art objects, such as figures of a mother, such as in the work of South African multi-media  artist Bernie Searlie,’s powerful installation in which her own body plays a central role as the character, a martyr such as the pieces by Iranian artist Shirin Neshat’s photographic representation of a Muslim woman (represented by herself) about to commit a violent act on two other female figures, supposedly inspired by her religious beliefs of martyrdom, and Bharti Kher’s sculptural piece that shows a woman warrior draped both in Western inspired clothing, as well as ethnic, Indian traditional clothing, seeming to be ready for war, while at the same time, a contradictory reading of this image, she also looks innocent, giving one an impression that you are in fact looking at someone who  cannot even harm a fly.

What is also striking in this exhibition, are the similarities of Searlie’s work and that of Neshat in how they use human figures to construct a message in their art practice. Mntambo’s works in cow hide manages to construct a very complex message of feminist rejection of patriarchy in society, with one abstract piece seeming to embody an animal with horns as well as the body of a woman, especially its lower torso.

“We are not a commercial gallery and there are many of those in Johannesburg, and indeed they play an important role, including a number of art fairs.

We are also not a museum, though we exhibit museum quality works. What we are is a foundation that is dedicated and focussed on research, particularly looking at the Global South contemporary art. Scholars from the Western World, such as German scholars, have written extensively about art from the African continent and of course they have a role to play. But it is also equally important that we should frame our narratives about contemporary art from Africa ourselves,” says Kellner.

And to do that, JCAF, which was launched in February 2020, but when Covid-19 hit, the place was closed, and was only re opened in September with the relaxation of restrictions as a result of Covid-19 rate of infection subsiding, has planned a number of events and exhibitions.

“But we do not operate like galleries that when they have a show will run for six weeks, or museums whose shows normally run for three months. Here we are slower, as we want viewers to take their time absorbing the show for a longer period of time. So our exhibitions here take a period of six months.  This current exhibition, will run till January 30, 2020, and a new one will go up in May,” he explained.

“I fact we are very much research and technology focussed here. When we opened, we had our inaugural lecture, the Arjuan Appadurai Lecture and had to tap into the Wits Institute of Social and Economic Research network (of academics) through Professor Achille Mbembe. We will continue to do so going forward, and part of our continuing programme is to have exhibitions, lectures and produce a journal at the end of three years with contributions from eminent scholars, especially from the Global South,” Kellner revealed.

The current exhibition, which features the intellectually stimulating works of these five prominent, female  contemporary artists from the Global South, Mtambo,(South Africa) Searle (South Africa), Neshat (Iran/US), Bharti Kher (India) and Wangechi Mutu (Kenya/US), have clearly set the tone for what to expect in future exhibitions at JCAF, with regard to the standard of curation and the level of provocation for public engagement with the exhibition.

After all, Exhibitions meant for public consumption need to not only engage in a meaningful way with visitors, but stir them to rethink about the role of art in society, and even provoke public debate on big contentious issues affecting the current world. Contemporary Female Identities in the Global South, does all of that perfectly, especially when it comes to issues affecting women in the Global; South in particular, such as Gender Based Violence and the struggle against the marginalisation of the socially and economically, excluded, those that were once victims of colonialism in particular.

.The foundation is open Tuesday to Saturday and appointments allow for small groups of people because of health and safety concerns. You can view the calendar of available visiting days and times, and book your slot, online at www.jcaf.org.za