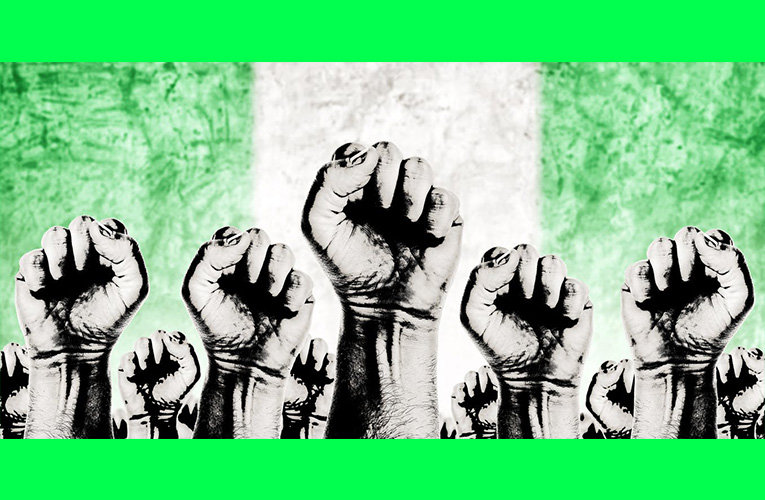 Social media went abuzz on July 23, 2020, when hundreds of women – mostly naked – staged a protest in the northwestern state of Kaduna, Nigeria. Wailing and rolling on the ground, they protested at the killing of people in ongoing attacks on their community.

The protesters, mostly mothers, demanded justice and called on the government, security agencies and international community to intervene.

Such naked protests are not new in Nigeria. Traditionally, among the Igbo and Yoruba of Nigeria, stripping naked signifies a curse against those targeted. Sometimes, mothers strip naked to put a curse on their truant sons or disloyal husbands. In some cases, it signifies their willingness to die for a cause.

Nigerian women have historically employed naked protests to seek redress – with success. In my book chapter contribution on this subject, I documented numerous naked protests dating back to the colonial period. I drew the conclusion that through the spectacle of such protests, women have rewritten the script on their bodies and used nakedness as an instrument of power, rather than shame, in making their voices heard.

Historically, in western and non-western worlds, women have used their bodies to protest unacceptable treatment by those in power. In Africa, the nakedness of women, especially mothers and grandmothers, is a historical and symbolic “shaming” tactic. Women’s enacting nakedness on their own terms disrupts dominant notions that depict their bodies as passive, powerless, or as sexual objects for sale.

A brief history of naked protests

Most studies have focused on the role of clothing in society and demonstrated how it can change the perception of an individual. Sadly, there is little research on naked protests, perhaps because society frowns on public displays of the naked body.

The unclothed female body is a powerful site of protest. By protesting naked, women have resurrected traditional forms of sociopolitical protests and resistance like the custom common among Igbo women known as “sitting on a man” or “making war” with men. This custom was a practice where women showed their disapproval of abusive men, men who failed to provide for their family or who disregarded market rules. Dressed as men in preparation for war, the women wore only loincloths with ferns on their heads, smeared ashes on their faces and carried sticks with palm fronds. They would dance around the house singing lewd and insulting songs that questioned the offender’s manhood, and would pound on the house using their pestles and in severe cases, destroyed the house. They would continue this activity until the offender repented. This act was viewed as the ultimate means by which women sanctioned wrongdoers.

History records several naked or half naked protests by women caused by displeasure with government policies or incidents seen as too dangerous to be ignored. These protests were mostly successful in achieving their objectives.

Naked protests are always employed as a last resort. This was the case in colonial southeastern Nigeria when in 1929, hundreds of naked and half naked women took to the towns of Owerri, Calabar and Aba. They protested harsh colonial policies. An English lieutenant described the women as nearly naked, wearing only wreaths of grass round their heads, waist and knees:

(I began) telling the women not to make noise. They took no notice of me and told me that I was the son of a pig and not of a woman … (They) were calling the soldiers pigs … (and) they didn’t care if the soldiers cut their throats.

This protest resulted in the famous Ogu Umunwanyi or Aba Women’s War. Before the incident, the protesters had employed other means like petitioning the colonial authorities. Eventually, “making war” on the officials became the last resort. About 50 women were killed and 50 others were wounded.

Also, in the 1930s, members of the Abeokuta Women’s Union in southwestern Nigeria walked half-naked in protest agaist the Alake of Abeokuta’s political actions and forced him into exile.

On July 8, 2002, about 600 semi-clad or naked women from six communities in the oil-rich southeastern Nigeria occupied the main oil terminal of Chevron Texaco. They protested how their water and land had been contaminated by the presence of Chevron Texaco, through oil spills and gas flares. They accused the company of gross exploitation of the people of the region and not distributing enough of the wealth it obtains from oil. They also demanded infrastructural changes.

Before then, their men had tried but failed. The actions of these women resulted in a peace meeting with Chevron Texaco. The company agreed to hire local workers, contribute to local infrastructure, set up a micro-credit scheme to help village women start businesses of their own, and provide communities with schools, hospitals, water, and electricity systems.

Naked protests also dramatically enact protesters’ willingness to put their bodies on the line in order to advance a political cause, such as opposition to government and military interventions. This was the case on May 20, 2017 when some female members of the Indigenous People of Biafra staged a protest in Abiriba, Abia state, against an alleged attack on them by the Nigerian Army. Some women were unclad while others wore undergarments and wrappers.

Similarly, in July 2013, nearly 100 women walked naked through Kokoritown in Delta State to protest the “unacceptable siege” on their community by the Nigerian army.

The symbolic resonance of protesting naked has ensured the endurance of the “undress tactic” among Nigerian women today. It has also signalled a return to the old fashioned but effective form of women’s resistance. To fully understand this symbolism, we must not view the protesting naked female solely in sexual terms, as a commodity or an object without regard to their dignity.

Indeed, the female body is a site of immense power both inside and outside. Through naked protests, women engage in re-scripting and reconfiguring their bodies.

These women who have stripped naked to wage a righteous war must be duly acknowledged. So, when you see “our mothers go naked again”, remember that they represent power, subversion and resistance to the dominant scripts engraved on their bodies – scripts of subordination, passivity, sexuality, subservience and vulnerability.