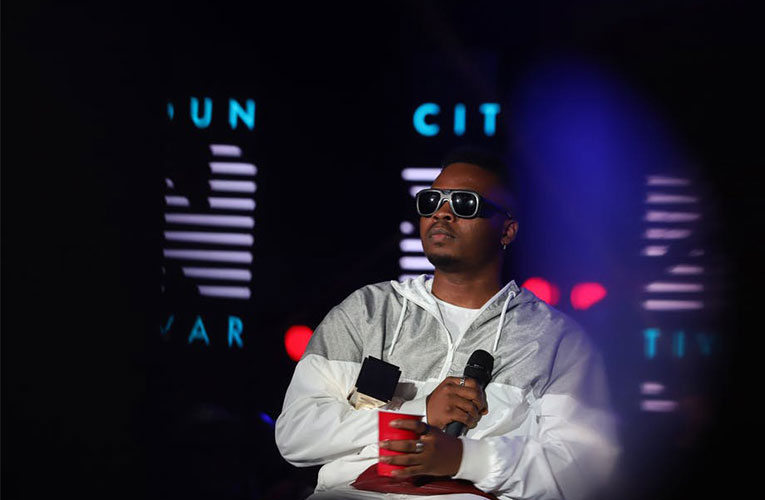 Music is a reflection of the society within which it is produced. As a music genre, hip hop has not only gone global, it has taken up the shape of every society where it has found a home. Rap music has many positives, but elements of the culture glorify crime, materialism, violence, drugs and misogyny. Prejudice against women and objectification of them is common in many hip hop songs.

According to academic thought, too, hip hop is rife with sexist and misogynistic attitudes towards women. It is also believed that these are patriarchal tools of oppression and sexism. While these harmful behaviours are usually marketed as male deviance within the music, they prop up a real patriarchal social order.

Much hip hop content falsely promotes a larger-than-life image of a successful male, who can get any woman with his material properties. Women become accessories, subject to the sexual needs of the male ego. The stereotypical sexualised images deprecate women and lead to unhealthy social behaviours.

In my study, I explored hip hop lyrics and videos to see how they portray women. The content also offered me insights into how women are perceived in the general society. Watching the music videos was important because they

I analysed three popular Nigerian songs – Olamide’s Story for the Gods, Wizkid’s In My Bed, and Banky W’s Jasi. These were some of the most popular records in Nigeria at their time of release. They were all created by male artists and focused on women.

Nigerian hip hop and the representation of women

In Nigerian hip hop, women are represented in three ways.

They are firstly portrayed as materialistic entities drawn to the allure of wealth. In the lyrics of Olamide’s Story for the Gods, women are presented as objects and slaves to the whims of men. Therefore, when a man sexually wants a woman, money becomes a bait to attract her. Beyond hip hop, this culturally resonates with the Yoruba sayings that owo lobinrin mo (“women appreciate money”), and owo la fii soko obinrin (“money is essential to husbandhood”).

Banky W’s Jasi extends the materialistic stereotyping of women, presenting them as lovers of pleasure, parties and social gatherings. He rhetorically asks, “Do you want enjoyment?” while reassuring the lady that he is “the King of Lagos parties”. As a party organiser, he implies that he can have his pick of the female party attendees.

In Jasi, sexualisation of women happens through the use of images and lyrics. Scantily clad video vixens and seductive dancers highlight the sexual objectification in the video. There’s also reenactment of sexual acts, highly sexualised dancing, lyrical sexual solicitation and amplification of masculine braggadocio. Here, satisfying and gaining the attention of a woman requires sexual prowess and material wealth.

The casual representation of female anatomy, especially breasts and buttocks, is also rampant in Nigerian hip hop. References to the female anatomy dominate the lyrics, while videos are driven by sexualised female dancers, wriggling their waists either in very revealing outfits or in tight-fitting ones. The depictions desensitise the public to the commodification of women and their bodies, and entrench an attitude that encourages the quest to conquer the female body.

Artists are role models for many young consumers willing to emulate their idols. These identifications agree with academic thought designating hip hop as masculine music. That masculinity asserts a black male authority, mainly by subjugating the women’s bodies.

A culture of abuse

My findings have implications for the perception of women in society. By portraying women as mindless sexualised drones, hip hop music infantilises and devoices them. There are also concerns about rape and gender-based violence against women which hip hop music contributes to.

Cases of rape, indiscriminate sex, and domestic violence are regular news in Nigeria. Although different factors may be responsible for crimes against women, hip hop’s influence must not be discounted. Olamide’s Story for the Gods has been accused of encouraging rape.

Hip hop caters to a young audience who consume these messages of mistreatment and abuse of women. Emphasising stereotypical gender depictions about inequality has the ability to hurt women. These harmful messages penetrate the subconscious, negatively affecting perceptions of femininity and womanhood.

. Paul Ayodele Onanuga is a lecturer in the Department of English and Literary Studies, Federal University Oye-Ekiti, Ekiti State, Nigeria. He received his Ph.D. from the Obafemi Awolowo University, Ile-Ife, Nigeria, where he researched on Computer-Mediated Communication. His research interests have since revolved around Computer Mediated Communication/Discourse Analysis, Nigerian Hip-Hop Studies, Political Discourse and Text Analysis. These are studied through theoretical applications of Critical Discourse Analysis, Stylistics and text linguistics. His articles have been published in Digital Scholarship in Humanities, Language Matters, Discourse, Context and the Media, Communicatio, Journal of Literary Studies, Muziki, Communicatio, Journal of Musical Arts in Africa, The African Symposium, Papers in English Linguistics, Journal of Black African Arts and Culture, etc. He is currently a guest editor for a special issue of Nigerian Hip-Hop with the Contemporary Music Review. He is presently a Georg Forster Postdoctoral Fellow of the Alexander von Humboldt Foundation at the Technische Universitat Chemnitz, under the mentoring of Prof. Dr. Josef Schmied, This article was first published on The Conversation.