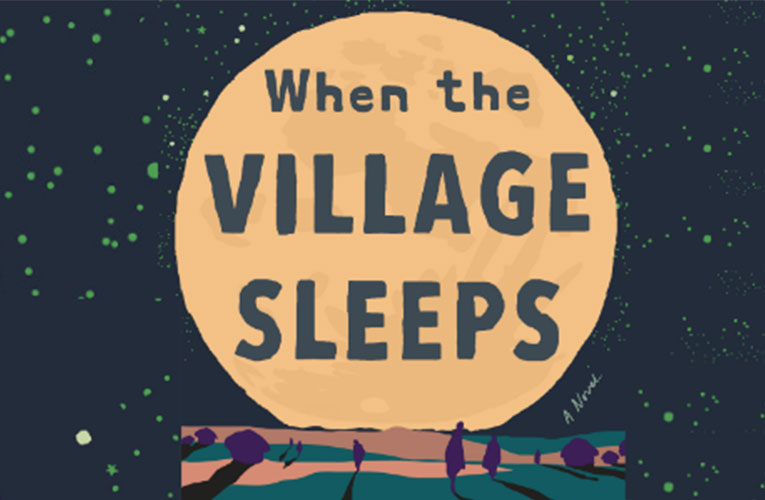 Reading South African author Sindiwe Magona’s latest novel When the Village Sleeps reminded me of my time researching and teaching in the country’s Eastern Cape province a decade ago. While involved in community engagement for Rhodes University I heard stories of young people who would deliberately contract HIV in order to receive government disability grants.

When the Village Sleeps spans three generations of women in one family and the central role of ancestral belief and ancient custom – or a lack of it – in their lives. It initially focuses on Busi, a promising young student who benefits from an education at a good school due to the hard work and friendship of her grandmother with her former white employer.

It reveals the devastating motivation behind Busi’s teenage pregnancy orchestrated to produce a financial reward in the form of a child support grant from the state.

The shocking story at the centre of Magona’s latest novel is as heartbreaking as it is cruel – and yet the character of Busi’s daughter Mandlakazi (or Mandla) completely overturns the notion that her birth is a tragedy. She becomes the heroine who unites her family.

Magona is a pioneering writer who, with this new novel, continues to feature challenging contemporary issues in her work, with incisive commentaries on power, masculinity and the role of women.

The old and the new

Mandla’s great grandmother, Khulu, who takes baby Mandla to the rural Eastern Cape to recuperate from birth disabilities and strengthen her, is central to the story and it is her unending devotion that seems to bring about such a significant change in the “broken bundle” she brings home to Sidwadweni.

Referencing the poetry and teachings of celebrated isiXhosa-language author and historian S.E.K. Mqhayi, the narration frequently shifts into poetry to enable the voice of Mandla to articulate her nascent consciousness which seems fused with her ancestors, “the Old”. From her earliest moments she would:

fall asleep to the ministrations

of her hands infused with care

and into that sleep

the lyrics of songs pouring from an ancient throat

sink deep into my mind

into my brain, my heart, my limbs.

No wonder Mandla is so transformed by the years she spends under Khulu’s care. She returns to Kwanele township in Cape Town with a divine gift that enables her to access the ancestral realm, and predict the future.

Central to the novel is abenzakalise (those who have harmed) and the consequences of their actions. On a personal level this relates to Busi’s strained relationship with her mother Phyllis and her estranged father, and then, as a teenager, the alcohol and the street drug tik she imbibes in order to deform her baby and receive the state’s disability allowance.

However, all of these characters are shown to be capable of redemption and change, as long as they adhere to Khulu’s wisdom – which is by no means a fixed regurgitation of “tradition” but a practical, living faith. So the resilience and strength of all the female characters shines through, as it does in Magona’s celebrated 2008 novel Beauty’s Gift.

On a wider allegorical level the novel reads as a critique of South Africa itself, the impact of colonialism and the ruling African National Congress (ANC), who have harmed the people through corruption and a failure to tackle inequality, stunting the growth of a healthy, prosperous nation.

Explicit critique of the government and particularly government handouts which do nothing to really alleviate poverty, but just entrench feelings of helplessness, is evident throughout the novel.

Magona makes incisive judgements, through her characters – especially the elder Khulu and young Mandla – and offers possible solutions, which include honouring the earth and returning to self-sufficiency. This idealism can feel naïve at times but there’s something very seductive and straightforward about the self-care, and self-respect that comes from citizens helping themselves and transforming their communities from within.

Towards the end, the book tips into a kind of disabled girls’ manifesto or set of instructions for how to set up community-based support for disabled and marginalised young people. However Magona expertly shifts the narrative at that point back to a dialogue with the ancestors and manages to transform the didactic elements of the tale into wisdom that reaches up to the present day and the threat of COVID-19.

Very recent commentary on the difficulties of enforcing social distancing in communities which rely on food parcels during the pandemic, forcing locals to gather together to collect much needed help, is painful to read. The mistakes are so preventable and obvious and yet are made time and again.

Most interesting to me is the way in which the novel manages to balance the re-introduction of neglected female initiation rites alongside the magic realism of Mandla’s prediction of the COVID-19 pandemic. Unlike the 15-year-old Xhosa prophetess Nongqawuse’s 19th century prophecy – which led to a millennial movement that culminated in the cattle-killing and famine of 1856-7 – Mandla’s foretelling that “the world will die”, comes true, although perhaps not on the scale the “voices” decreed:

The ground will not be able to swallow all the dead!

There will be none left to bury the dead.

In many respects this prediction blurs, in my mind, with the scale of the HIV/AIDS pandemic that killed more than 2 million South Africans, with 7.7 million currently infected with HIV. Magona has written searingly on this topic before.

Once again excoriating the corruption and failures of government, the Fields of Hope project, which young Mandla initiates to grow food for the township, shines like a beacon when “what government help does for the poor is cement them in poverty… Here comes help that is real!”

Ending on a shockingly blunt and abrupt note, Magona leaves us, as always, with a lot to think about.