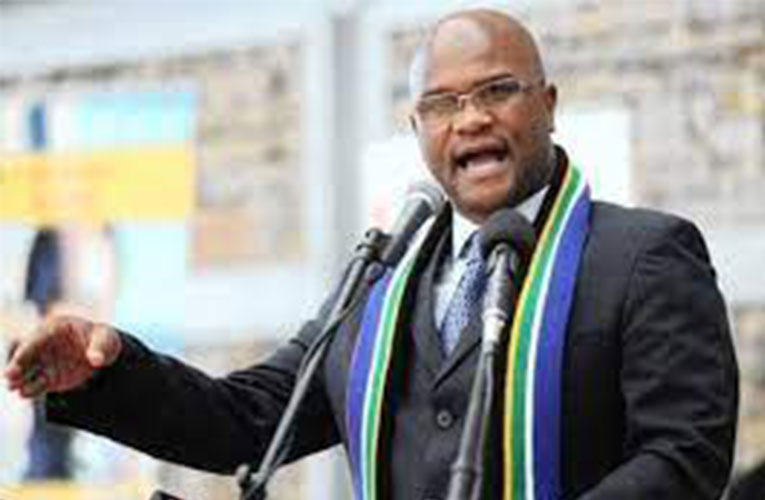 The dissenting voices among regional orchestras over the Department of Sport, Arts and Culture’s decision to fund and launch a central national orchestra called Mzansi National Orchestra (NPO) seem to be muting.

This follows the decision yesterday by the Eastern Cape Orchestra to break rank from other regional orchestras opposed to the formation of the NPO, which will attract the bulky of funding from government for orchestras from now onwards.

The recent formation of NPO was interpreted by regional orchestras as a move that poses an existential theatre to them and have therefore been mobilising support against the formation and funding of the JPO since the announcement of its formation was made three weeks ago at a low key media event. This as Minister of Sport, Arts and Culture Nathi Mthethwa and DSAC argue that the new NPO will address issues of transformation, specifically demographic representation in most of the existing regional orchestras where for example, black talent is underrepresented. This Mthethwa and his department, insist will be achieved through among other things, a development programme that will identify young talent to train and develop them in order to bring them into the fold of orchestral music in the country.

In this latest development in this depart about this elitist art form, rather than oppose the NPO, instead the Eastern Cape Orchestra is now singing a tune in harmony with that of the NPO.

A statement released yesterday, August, 3, 2022, by the board and management of both orchestras confirms that this change of tune on the part of the ECPO follows a behind the scenes flurry of meetings to iron out their differences.

Professor Albertyn added “We are delighted that 75% of the budget of Mzansi National Philharmonic Orchestra will be utilised for artistic programmes and also benefit regional orchestras in a significant way and will have a positive impact throughout South Africa”.

Professor Muxe Nkondo, speaking on behalf of the board of Mzansi NPO said “Mzansi NPO is committed to working with regional orchestras and other institutions on various levels, but most importantly, to implement the national development programmes in order to help transform the orchestral sector”.

Prof Nkondo, emphasised, that “There will be no duplication in the programmes of Mzansi NPO, instead, the commitment is to introduce orchestral programmes where they do not exist, and help enhance them in provinces where there is already a strong orchestral presence”.

Top young South African violinist, David Bester, a senior lecturer of music at Nelson Mandela University and the Concert Master of the Eastern Cape Philharmonic said, “The prospect of more opportunities and, importantly, resources made available to artists and regional orchestras through the Mzansi National

Philharmonic Orchestra in a way that would improve the stability and long-term viability of these organisations, is one that is welcomed.”

Bongani Tembe, speaking on behalf of the management of Mzansi NPO, said.

Finally, both Orchestras thanked the Department of Sport, Arts and Culture for making a significant investment that will contribute to the growth and sustainability of the orchestral sector throughout South Africa.”

About the Eastern Cape Philharmonic Orchestra

The Eastern Cape Philharmonic Orchestra (ECPO) was established in 1998 as a not-for-profit organisation. The ECPO is comprised of professional and amateur musicians who serve the community of Gqeberha, Grahamstown and other parts of Eastern Cape through the presentation of concerts and educational programmes.

In July 2022, the ECPO was the orchestra of choice for the National Arts Festival in Grahamstown; where it presented what they describe as “highly successful concerts at the festival which included a collaboration with Cape Town Opera, a special concert (Homeland) and a children’s concert both conducted by Richard Cock.

About the Mzansi National Philharmonic Orchestra

“Registered as a Not- for-Profit Company (NPC) the Mzansi NPO has also been granted the status of a Public Benefit Organisation (PBO). As an NPC, the Mzansi NPO operates under the supervision of a Board of Directors which is comprised of leading South Africans with high integrity. These include Justice Leona Theron of the Constitutional Court (Chairperson); Ms Wendy Luhabe – a leading businesswoman and corporate leader; Professor Muxe Nkondo – a highly accomplished academic, who taught among many universities, at Harvard University in the US; and Bongani Tembe – an internationally respected arts leader and musician who studied at the prestigious Juilliard School in New York.

Mzansi NPO was launched by the Department of Sport, Arts and Culture (DSAC) on 14 July 2022 in Johannesburg. The Orchestra made its debut on 27 July 2022 in a stunning production by William Kentridge “Oh to believe in another world”, playing Shostakovich’s Symphony No. 10 with US conductor Joseph Young. This occasion celebrated Wits’ 100th anniversary and the orchestra was Drawn from seven provinces around South Africa, and was dubbed South Africa’s rainbow nation orchestra. This was followed the next day by a moving educational concert, conducted by Kutlwano Masote, at the Albertina Sisulu School and Centre for psychically challenged learners in Soweto.

Prior to its launch, Mzansi NPO conducted benchmarking on international models, including the French and Hungarian national orchestras, some audience engagement programmes employed by the Opera Theatre of Saint Louis, various studies and reports available through the American Symphony Orchestra League, and an examination of Venezuela’s “El Sistema” classical music instruction programme, and its offshoot initiatives, “Sistema Scotland” and Sistema Kenya. The mission of the Mzansi NPO is to contribute meaningfully to the improvement of the quality of life of all communities in South Africa, by embracing its responsibility to play a significant role in the cultural life of South Africa’s vibrant and diverse communities; creating platforms within communities for the advancement of the experience of orchestral music, including targeting regions that don’t have their own regional orchestras; inspiring young people to discover their full potential through creativity and innovation; creating world class orchestral music experiences and touring events nationally and internationally,” added the statement..