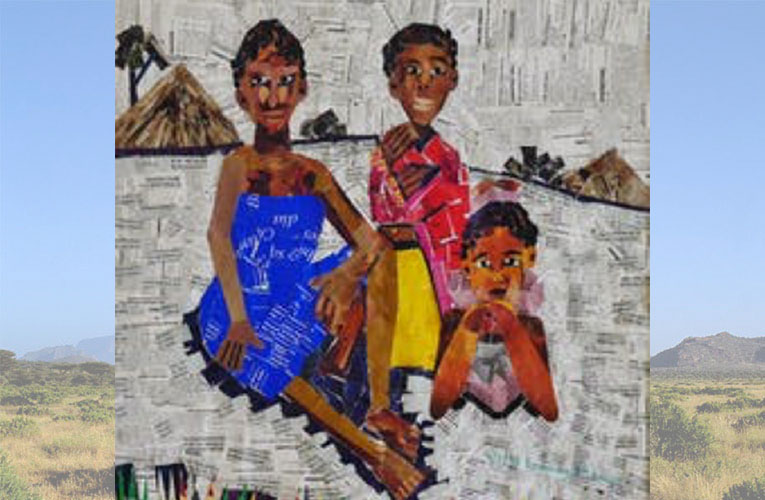 Anne Mwiti does not work for, consult, own shares in or receive funding from any company or organisation that would benefit from this article, and has disclosed no relevant affiliations beyond their academic appointment.

The Conversation is funded by the National Research Foundation, eight universities, including the Cape Peninsula University of Technology, Rhodes University, Stellenbosch University and the Universities of Cape Town, Johannesburg, Kwa-Zulu Natal, Pretoria, and South Africa. It is hosted by the Universities of the Witwatersrand and Western Cape, the African Population and Health Research Centre and the Nigerian Academy of Science. The Bill & Melinda Gates Foundation is a Strategic Partner. more

A vast chapter of the still mostly untold story of women’s art in Kenya starts with Rosemary Namuli Karuga. Karuga passed away on 9 February 2021 at the age of 93. She was one of the pioneers who made major contributions to contemporary art on the continent and is recognised as one of the finest East African artists of her generation.

Karuga is known for her collage works depicting pastoral and domestic African scenes, commonly villagers and farmers and animals. They would go on to be shown internationally, but she only began to produce commercial art in her 60s, once she had retired from teaching.

She was even less known than other pioneering women artists of Kenyan origin such as Magdalene Odundo, the celebrated ceramicist and academic – and a former student of Karuga’s – and Wangechi Mutu, the award-winning Kenyan-American artist working across painting, sculpture, film and performance.

But Karuga deserves equal recognition. Many artists in Kenya know of her, though few have met her in person. Yet art practices evolved around her work and scholarly works have been inspired and influenced by her practice.

Karuga was born on 19 June 1928, in Meru in the east of Kenya, to a Ugandan father and a Kenyan mother. Her artistic journey began when an Irish nun at a Catholic primary school noticed her talent and later recommended her to study at the still new School of Fine Art at Makerere University in Uganda. Karuga would, by all accounts, be the influential school’s first female student.

Between 1950 and 1952 she studied design, painting and sculpture at Makerere. After graduating, she moved back to Kenya to become a full time teacher until she retired in 1987 as she approached the age of 60.

Karuga did not engage in art making for more than 30 years after graduating. She married in 1953, had three children, taught in a local school, became a subsistence farmer and had grandchildren. Growing up and being married in a patriarchal society, women were expected to adhere to societal constructs that dictated that her place was more in the kitchen than in the art world.

It was not until the late 1980s that one of her daughters visited from London and encouraged her to pursue her art practice. The Kenyan art scene in the early 1980s lacked gallery presence, with Gallery Watatu and Paa Ya Paa Arts Centre being the only two active galleries in the capital city Nairobi.

It was through an artist-in-residency position at Paa Ya Paa that Karuga’s work began to be more widely seen. Despite her reported failing eyesight and hearing, she had embarked on the start of her professional artistic career.

I will never forget Karuga’s description of how a lion comes alive in her collages. First she makes a forest from the colours that she has cut up for that day. Then, from among the trees and the thicket, a lion slowly emerges and she follows it with glue and cut-up paper until it is as real a lion as one would encounter in a photograph or a movie. Suddenly the viewer begins to see layers of content upon a rainbow of colours with inlaid text in varying fonts and hues … Imagining all this, the viewer can almost hear the chirping of the birds on the thorn tree…

Karuga links past and present women artists, like Mutu, in East Africa today. She does so through adopting contemporary mediums and forms like collage. She expanded what was possible in the field.

In the 1990s Karuga was commissioned to illustrate an edition of Nigerian writer Amos Tutuola’s groundbreaking novel The Palm-Wine Drinkard. This helped her work to travel and her international breakthrough came in the US in 1992 with a group exhibition at the Studio Museum in Harlem, New York called Contemporary African Artists: Changing Tradition.

The show featured 75 artworks from nine top artists of African origin, such as El Anatsui, Bruce Onobrakpeya, Ablade Glover and Tapfuma Gutsa. Karuga was the only female artist on the show.

In 2006, she received a lifetime achievement award from the African Voice newspaper, becoming the first East African woman to do so. This is an accolade presented to Africans for their achievements and contributions to Irish society. Karuga had been visiting family there and it became medically unsafe for her to travel. And so she would live out her final years in Ireland.

In 2017 she was given her due at home when she was featured as the first artist of the month in a new programme at the National Museums of Kenya. Her work today forms part of their collection as well as the collections of the Kenya National Archives, Murumbi Trust’s African Heritage, the Watatu Foundation, Red Hill Art Gallery and many private collections.

Today, a talented young woman artist in Kenya has better opportunities to pursue her career. There is a significant increase of artists’ collective spaces and studios in Nairobi – though the few existing galleries cannot accommodate the fast growing numbers of artists emerging and building on the paths laid by artists like Rosemary Karuga.

. Anne Mwiti is an accomplished artist living in Nairobi, Kenya and lecturing at the Department of Fine Art and Design, Kenyatta University This article was first published on The Conversations.