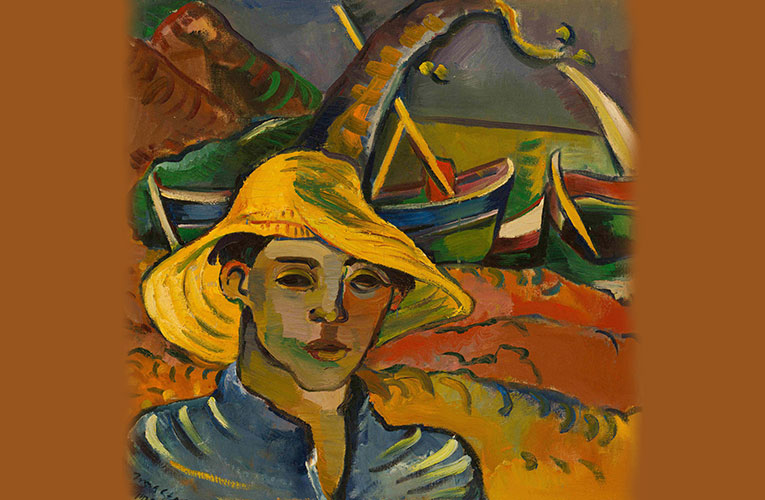 Stern’ works alongside those of other top artists such as Dumile Feni, William Kentridge, Nandipha Mtambo and Alexis Preller will be on sale  at Strauss &Co.’s live virtual sale May 16-18, 2021 in Johannesburg.

If South African famed painter the late Irma Stern was your auntie who gifted you with a piece of her work 50 years ago on your first birthday, and you have managed to resist putting it on the market until now, you would be a millionaire today. Actually even a multi-millionaire.

Collectors in South Africa, especially those aiming at investment art, have continued to sell and collect Stern’s works on the secondary market, at auctions in increasing frequency, involving bidding at high prices..

In fact Stern’s works, alongside other influential artists’ such as Pierneef, Alexis Preller, and Gerad Sekoto for example, have dominated auction sales in recent years, especially in the past five years, as collecting art in South Africa seems to have matured to an extent that the country has become a significant art market from a global market perspective . Yes, as compared to other mature  art markets in Europe, US and in recent years Asia, the art market in South Africa is still miniscule in comparative terms. It is however growing, and international art collectors have noticed this trend as they used to attend in significant numbers the art fairs taking place in South Africa before the disruption that can=me as a result of the Covid-19 global pandemic that broke out in 2020.

Encouragingly the number of local collectors is steadily growing and they are increasingly becoming younger. While in the past, there were only a few collectors, often those super rich, especially business people, such as Johann Rupert and others in his league when it comes to having big pockets, who collected art, now an increasing number of young middle class collectors have since emerged on the scene.

Granted this new crop of young collectors cannot afford an Irma Stern or a Pierneef or a Sekoto, but they are collecting especially young, fresh and inexpensive talent whose works are often mostly found in the primary market (gallery), but  are increasingly also finding their way onto the secondary (auction) market.

In this regard, it is not so uncommon to find names of relatively emerging talent such as Blessing Ngobeni, Mary Sibande, Nelson Makamo, Bambo Sibiya and Turiya Magadlela, for example,  alongside well known and top notch artists such as William Kentridge, Maggie Loubser, Preller, Pierneef, Sekoto, Robert Hodgins and George Pemba for example , to name but just a few, at auctions.

Although there are many factors that have pushed the art market up, the emergence of art fairs in the major centres of the country in post Apartheid South Africa, Cape Town and Johannesburg, has contributed immensely to the growth of collectors. This has fueled the interest and development of the culture of collecting art among young professionals such as accountants, lawyers, architects and entrepreneurs.

Therefore it did not surprise art market observers when Straus&Co, a leading fine art auction  house in South Africa  since last week, starting on may 5, 2021 till yesterday, May 11, 2021, dedicated  a good portion of its marketing programme for its upcoming virtual live auction May 16-18, 2021, to  discussing the works and the career of Stern.

In its Museum Moments series, which promotes the art works found at museums, on May 5, 2021, Strauss & Co had conversation with director, Nadja Daehnke and Ayesha Price, interim Curator, of the UCT Irma Stern Museum in Cape Town as they discussed a new vision for the Museum, with focus on outreach, education and engagement. The discussion also revealed recent renovations and re-curations at the Museum, and how these are based on research of what The Firs would have looked like when Irma Stern lived there. The discussion was on the Zoom platform.

This was followed by another discussion  titled New Perspectives on Irma Stern
which took place on Tuesday 11 May 2021, also on Zoom.

Stern’s works are sopme of the art works that will be offered for auction at Strauss&Co.’s upcoming virtual live auction , 16 May to 18, May 2021 in Johannesburg.

In fact the very same auction commands portrayals of women by a diverse artist list that includes Nandipha Mntambo, Preller and Stern are among the highlights of the auction. Due to be held over three consecutive days, the sale includes some noteworthy rarities: an extraordinary pre-exile casting by Dumile Feni, very rare oil study by landscape painter JH Pierneef linked to his iconic 1929 Johannesburg Station panels, and a 1998 drawing from the very first opera directed by William Kentridge.

The autumn sale commences on Sunday 16 May with a session devoted to a single-owner collection of fine wines from Bordeaux, Burgundy, Alsace and Champagne. A dedicated contemporary art session on Monday 17 May features impressive lots by acclaimed living artists such as Deborah Bell, Helen Sebidi, Michael MacGarry, Athi-Patra Ruga and Penny Siopis.

.Strauss &Co.’s virtual live sale takes place from May 16-May 18, 2021 in Johannesburg, and to register go to straussandco.co.za